Allocation for entrepreneurship plans, introduction of family business curriculum, setting up of a teachers training university and an applied science university are among the various initiatives announced in the budget. 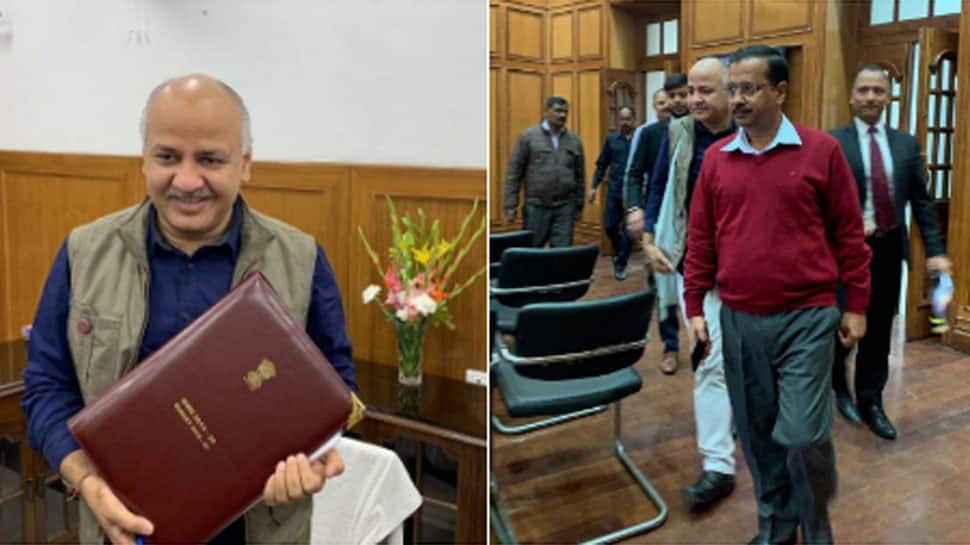 New Delhi: The AAP government Tuesday presented a Rs 60,000 crore budget for 2019-20 laying emphasis on the education, health and transport sectors and said it is "two times more" than the one presented in 2014-15.

Presenting the budget in the Delhi Assembly, Deputy Chief Minister Manish Sisodia said the budget is dedicated to soldiers martyred in the Pulwama attack. The Delhi Assembly session began with a standing ovation to the the Indian Air Force for carrying out pre-dawn air strikes on terror camps inside Pakistani territory. "I salute the bravery of Indian Air Force pilots who have made us proud by striking terror targets in Pakistan," Delhi Chief Minister Arvind Kejriwal said in a tweet.

"The budget estimates for 2019-20 are pegged at Rs 60,000 crore which is two times more than the budget presented in 2014-15," Sisodia said. Sisodia announced an allocation of Rs 100 crore for providing Minimum Support Price (MSP) to farmers as recommended by the Swaminathan Commission.

Allocation for entrepreneurship plans, introduction of family business curriculum, setting up of a teachers training university and an applied science university are among the various initiatives announced in the budget.

The deputy chief minister said the free wifi project of the Aam Aadmi Party (AAP) government would start in the next financial year. The AAP claimed that the budget of 2014-15 was Rs 30,940 crore while last year a budget of Rs 53,000 crore was presented.

He also advocated full statehood for Delhi, saying it was denied by the Centre, leading to the problems of recruitment of teachers, doctors and other employees, opening schools and hospitals.
He said Jan Lokpal would have been appointed if Delhi had full statehood.

Under the doorstep delivery programmes, 100 services would be brought under it, Sisodia said adding that Rs 500 crore has been allocated in the budget for the CCTV project. There has been an increase of 73 per cent in the budget for infrastructure projects and in transport sector, Sisodia said adding that 4,000 new buses are being procured by the government which would materialise by the next financial year.

The deputy chief minister said Rs 600 crore has been allocated for development work in unauthorised colonies while the total outlay for the transport sector has been kept at Rs 1,807 crore, which is twice than the last fiscal.

Elaborating about the environment sector, he said a new policy would be started to ensure that 80 per cent of trees that has to be cut to set up a business has to be replanted.