Ahead of Padmaavat release, mob goes on rampage in Gujarat, protests intensify in Rajasthan 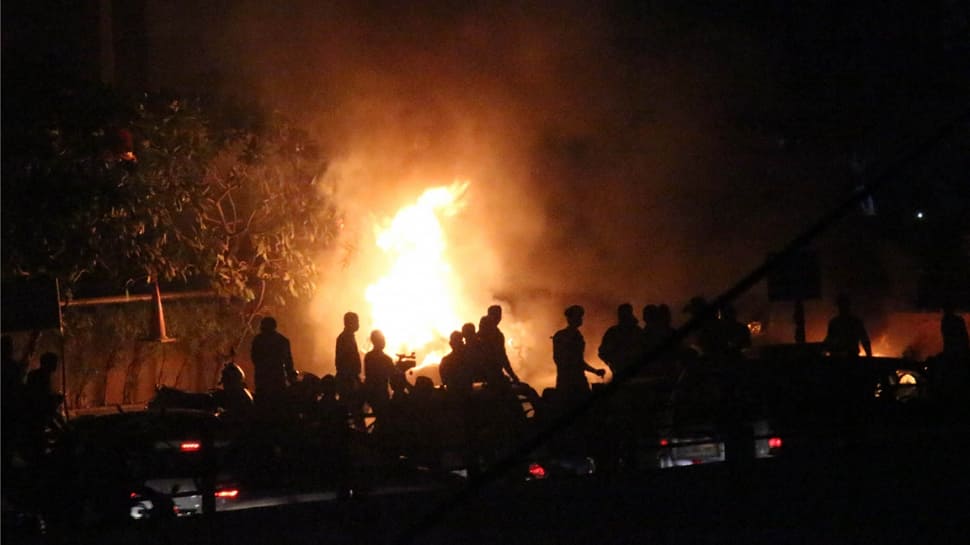 Ahmedabad: A day before the release of Sanjay Leela Bhansali's controversial film Padmaavat, a mob went on a rampage outside Himalaya Mall in Ahmedabad's Memnagar, burning down cars and vandalised shops. Cops later arrested at least 16 persons. The group was protesting against the release of Padmaavat.

"16 people have been arrested and their interrogation is underway. The CCTV footage will be examined and more arrests will be made", confirmed a senior official to the media.

The group vandalised shops at a mall and a cinema hall and torched vehicles that were parked outside it shortly after a candle march was carried out by Karni Sena activists against the release of `Padmaavat`.

“Not a single member of the Karni Sena watched the film. Why are rumours being spread again and again when we have already taken a stand and shared it with the media, not once or twice but many times? We say it again that we will not allow Padmaavati to be screened in India at any cost,” he said.

The group has asked theatre owners not to screen the movie till SC decides on the review petition filed by the state.

The protests against the release of the film have intensified in Rajasthan.

On Sunday, thousands of women carrying swords took out a 'Chetavani Rally' (warning march) in Rajasthan's Chittorgarh town to stop the release of Padmaavat or else be prepared for 'jauhar' (committing suicide by jumping into fire) by them.

Security has been deployed across the Rajasthan and parts of Gujarat.

Authorities requested the people to keep a control on their emotions and not to take law and order in their hands.

On Tuesday evening, makers of `Padmaavat` finally screened the movie to a group of journalists in the national capital. Read Padmavaat review here.