Tarun Gogoi: Man of grand vision and people's leader who led Assam from the front 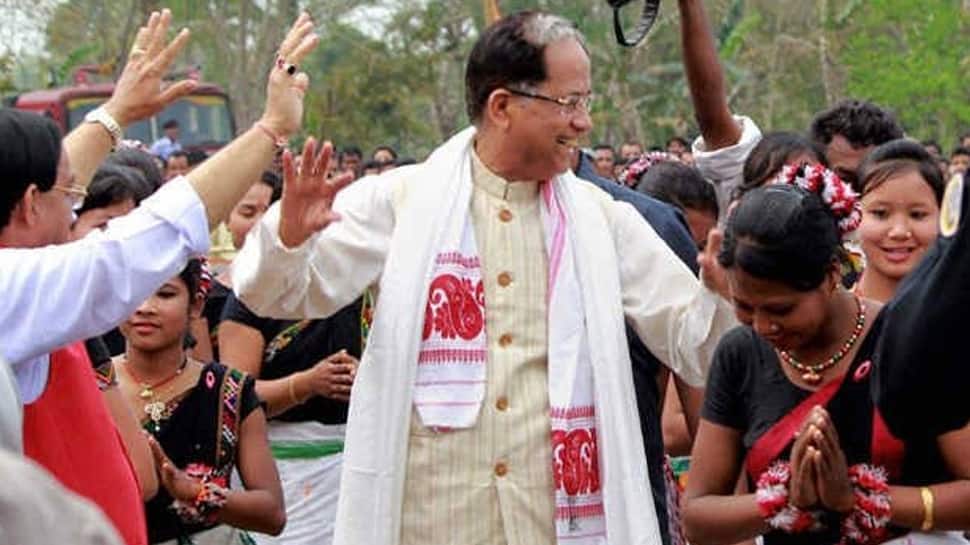 Former Assam chief minister Tarun Gogoi died from post-COVID complications on Monday. Arguably one of the most popular leaders, he had once said, "I am a Congressman and will be so till the last breath of my life."

The 84-year old veteran Congressman remained true to his words till the very end and was a Nehru-Gandhi family loyalist. He strode like a colossus in the political arena, leading Assam from the front with his sharp intellect and a blunt demeanour.

On assuming the reins of Assam for the first time in 2001, the Congress leader had said he was confident of holding office for five years but never imagined his popularity will ensure he occupied the position for three successive terms. Credited with bringing the various militant outfits, including the dreaded ULFA, to the negotiating table, hauling out Assam from the brink of bankruptcy and putting it back on the track of development, Gogoi's three terms in office were marked by many highs and a few lows. 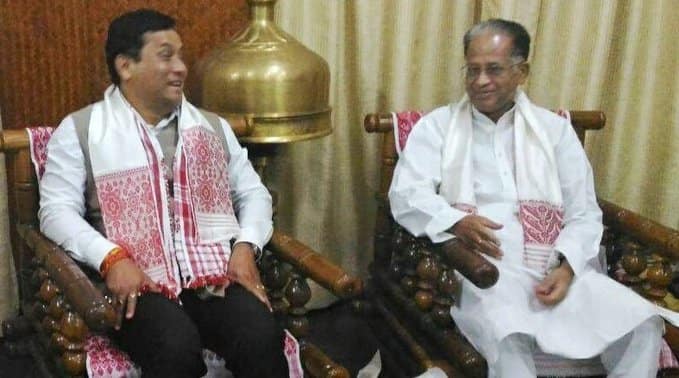 During his third stint, however, he had to face dissidence within the party, which finally resulted in the ouster of the Congress from power in the 2016 assembly elections. The dissent was led by his former blue-eyed protege and powerful politician Himanta Biswa Sarma, who was said to harbour chief ministerial ambitions, but the veteran Congress leader steered past all stumbling blocks and continued to hold office by effecting a reshuffle in the ministry.

Shortly thereafter, Sarma resigned from the party and the assembly, and joined the BJP, taking along nine MLAs who were close to him. This dealt a body blow to both Gogoi and the Assam Congress. Undaunted, the six-time MP stood tall as an opposition leader, raising his voice against the controversial Citizenship Amendment Act (CAA) and issues related to the implementation of National Register of Citizens an exercise that left a large number of people of Assam, particularly Muslims, traumatised. 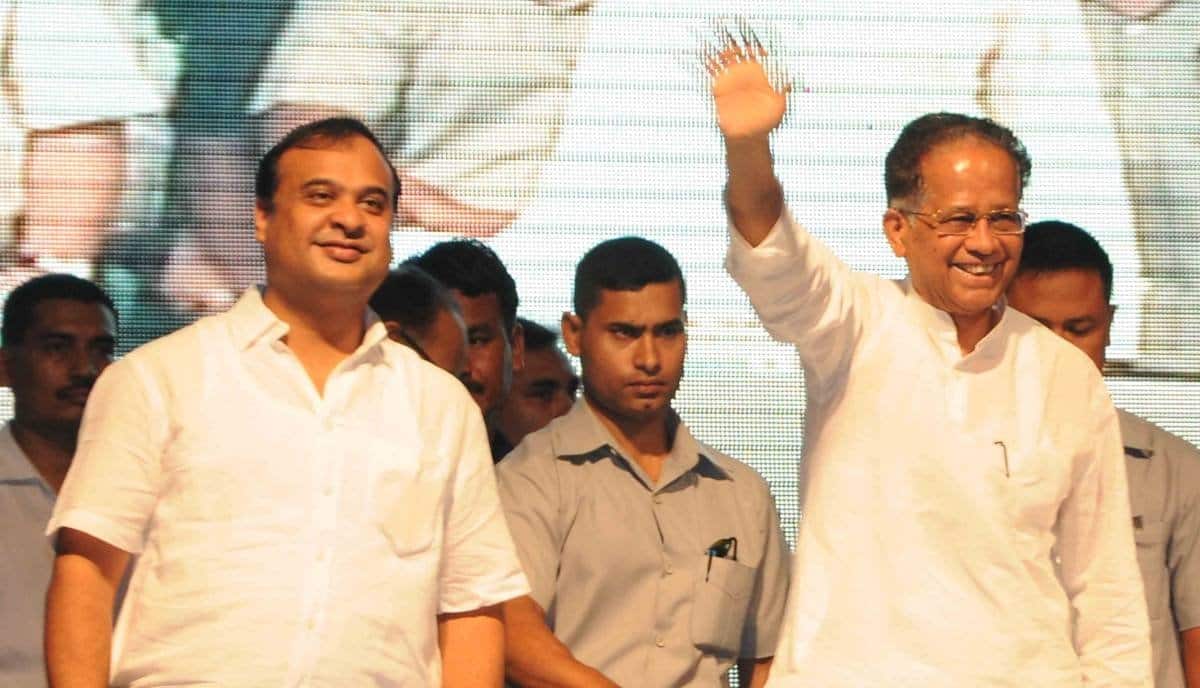 Days before he was diagnosed with COVID-19, Gogoi was actively holding parleys with opposition parties to form a grand alliance to take on the ruling BJP in the next assembly elections. His characteristic smile and positive approach was writ large on his face when he boarded the ambulance to go to the hospital after testing positive for the infection and had even issued an audio clip from the hospital recently where he pledged to serve all sections of the Assamese society till the very end.

Notwithstanding the genial smile, Gogoi, who also served as a union minister twice, possessed rare political acumen and came across as a visionary who meant serious business. Barring sporadic incidents of violence, mostly perpetrated by the NDFB(S), and the Bodo-Muslim conflict, Gogoi's third term in office was relatively peaceful. 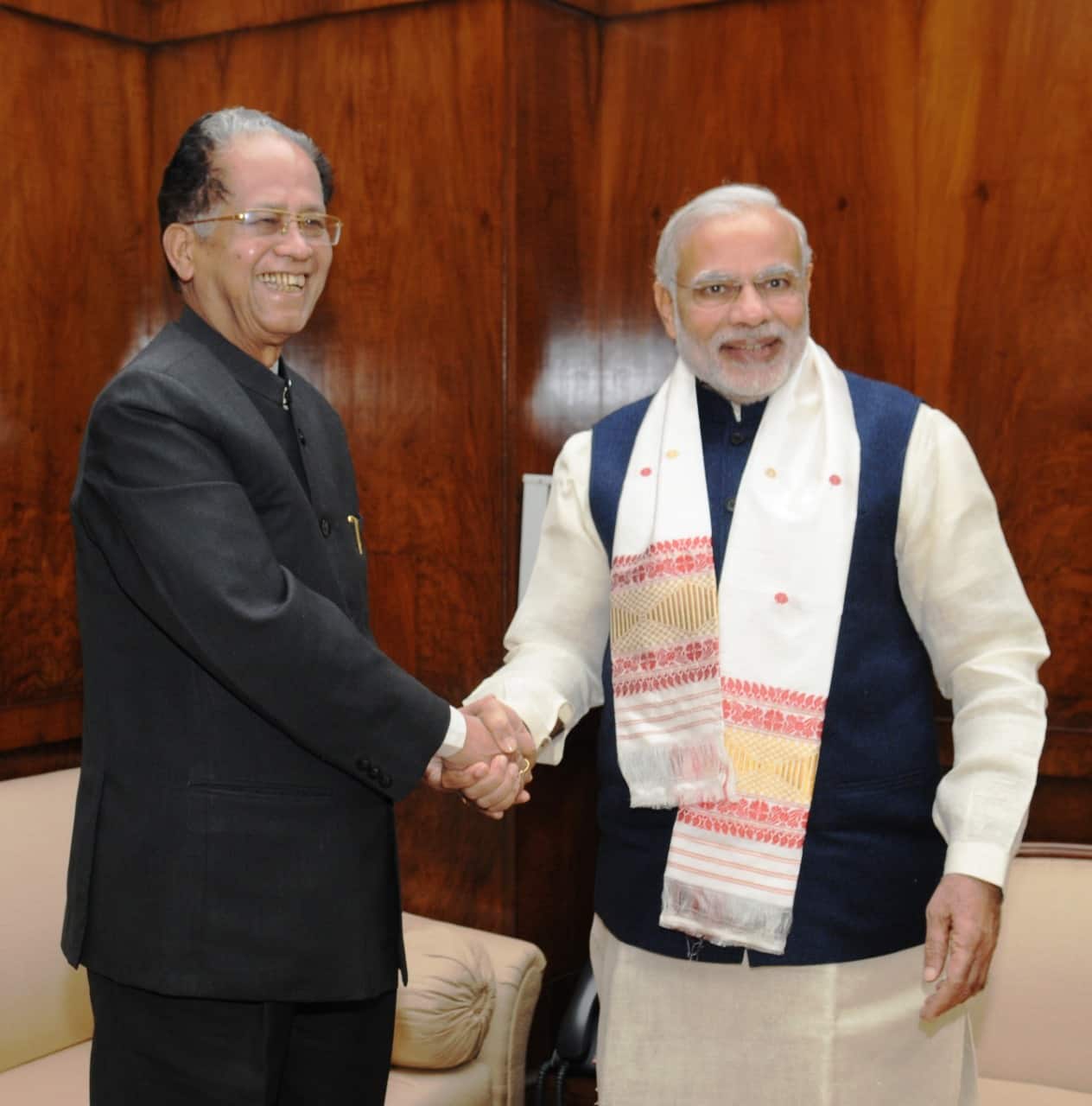 Gogoi took over the reins of Assam for the first time on May 17, 2001, from Asom Gana Parishad and was faced with the onerous task of bringing the state out of the morass of militancy and financial instability caused by a huge debt burden with even government employees not receiving their salaries on time.

He had mentioned in his memoir "Turnaround", published in 2016, that he knew "in taking the oath and signing the register, my first signature as the chief minister, I would be signing a pledge of responsibility. In carrying out my duties, I would be shaping Assam's future".

The Congress stalwart's initiatives in this direction paid dividends with the party returning to power for the second consecutive term, albeit with fewer seats, and forming a government in alliance with its coalition partner Bodoland Peoples' Front (BPF). Gogoi's second term as chief minister was marked by several highs and lows. The multi-crore North Cachar Hills fund diversion scheme scam left his dispensation red-faced, but he successfully managed to salvage its image by bringing several militant organisations like the ULFA, NDFB (Pro-talk group), DHD, UPDS and others to the negotiating table. 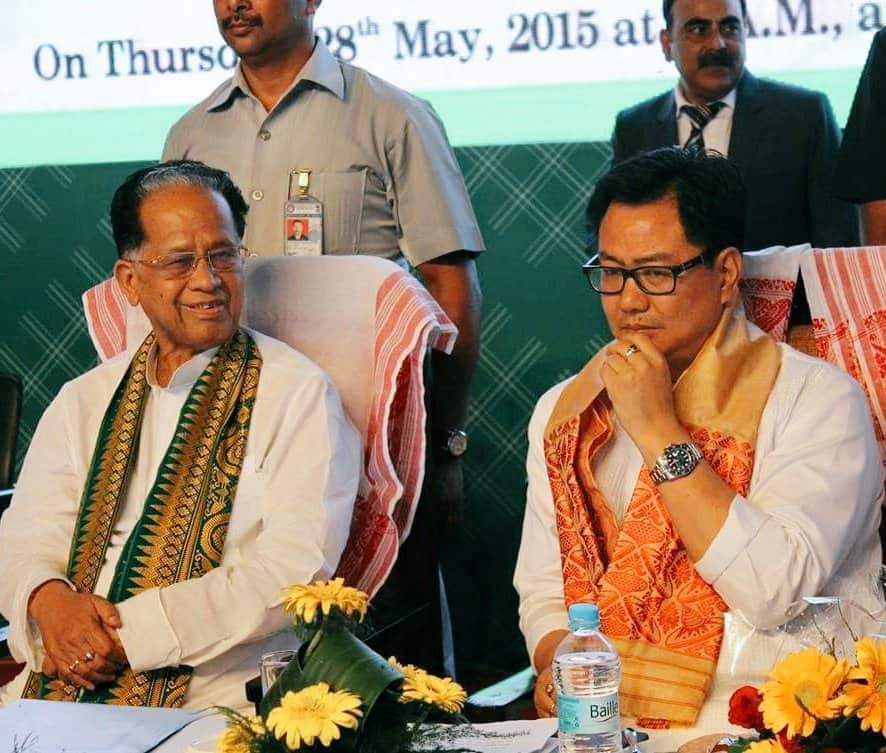 Plagued by ill-health during the last year of his second term, Gogoi underwent three complicated heart surgeries -- bypass, aortic valve replacement and enlargement of the aorta procedure -- at Mumbai's Asian Heart Institute. The feisty leader had to get his pacemaker replaced just a few weeks before he hit the campaign trail for the 2011 assembly polls. None of that deterred him from carrying out his responsibilities.

During the 2016 assembly polls, Gogoi addressed the highest number of public rallies and meetings, without batting an eyelid, despite Prime Minister Narendra Modi pointing out on several occasions that he (Gogoi) was "too old and must go".

A pragmatic politician, who took both achievements and failure in his stride, had said, "When the history of Assam is penned, my three terms will show up both positives as well as negatives. There will be bouquets and brickbats, criticism and acclaim. But I will leave history to judge these years. I, as a son of the soil, am only content and gratified that I could take centre stage in the turn-around story". 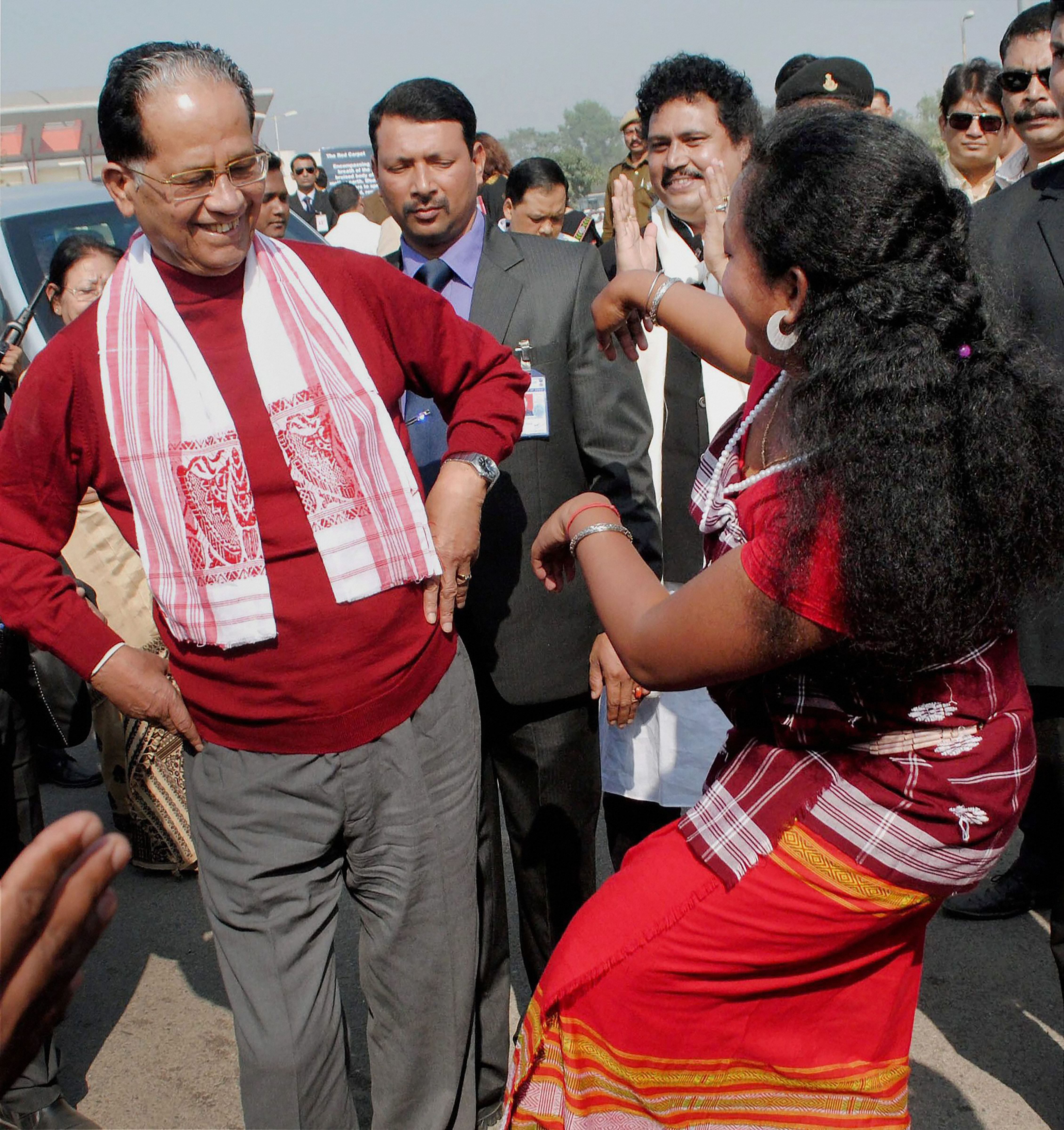 Although he enjoyed the confidence of UPA chairperson Sonia Gandhi and former prime minister Manmohan Singh, Gogoi's journey to the state's top post was scripted with great perseverance.

Born in the sylvan surroundings of the Rangajan Tea Estate to doctor Kamleswar Gogoi and his wife Usha Gogoi on April 1, 1936, in Upper Assam's Jorhat district, Gogoi had an idyllic childhood playing on the sprawling estate with his five siblings. Gogoi's penchant for politics took roots early in life and though his father had wanted him to study medicine or engineering, he had set his heart on politics, even once announcing to one of his teachers that he wanted to become the prime minister when he grew up.

"It is true that I got ingrained in the Congress ideology as I grew up, but my basic objective has been to serve the people of Assam and the country. Yes, I have chosen politics as the medium to achieve my primary objective," he had once said. Highly impressed with prime minister Jawaharlal Nehru who visited Jorhat in 1952, Gogoi, then a student of Class 10, began taking part in various political activities, and much to the annoyance of his father and teachers failed to clear his High School Leaving examination that year. He managed to get a decent score the next year as a private candidate. 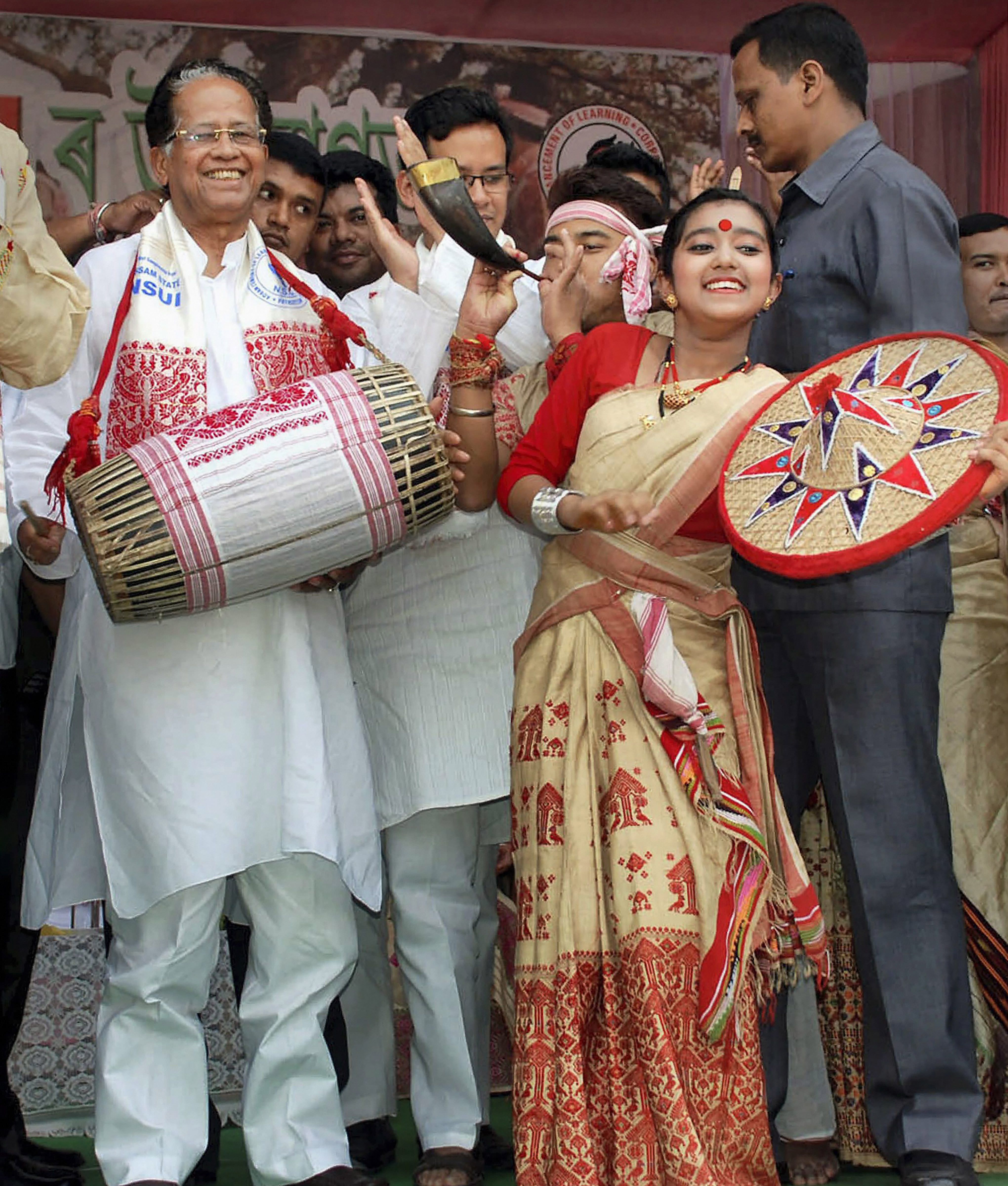 After leaving school, he joined the Jagannath Barooah College where he plunged into student politics, and following his graduation, joined the Allahabad University to pursue a law degree. He, however, fell ill and returned to Assam to pursue his law degree from Gauhati University.

Gogoi, an active leader of the Assam unit of Bharat Yuvak Samaj, joined the Congress in 1963 and since then had been a party loyalist, pledging his support to Indira Gandhi, her son Rajiv Gandhi and then Sonia Gandhi. He also served the party as AICC general secretary and joint secretary in the 1980s, and headed the Assam Pradesh Congress Committee twice from 1986-90 and again from 1996 to 2001.

His foray into electoral politics began when he won civic polls and was appointed a member of the Jorhat Municipal Board in 1968. Subsequently, in 1971, he was elected to the Lok Sabha for the first time from the Jorhat parliamentary constituency.

An ardent sports lover, Gogoi played golf regularly, though he regretted not getting enough time to pursue his hobby as often as he would have liked. He keenly followed cricket, football and tennis. He was also fond of reading, gardening, and enjoyed shopping for his clothes and accessories.

Affable and easily accessible, Gogoi's jovial side came to the fore when he took part in festivals and played the drum at Bihu pandals. On one particular occasion, he won many hearts as he played the drum while Chief Minister Sarbananda Sonowal hummed a song. He was often seen obliging people with selfies at public events.

An out-and-out family man, Gogoi married Dolly, a post-graduate in zoology from Gauhati University, in 1972. They have two children- daughter, Chandrima, an MBA who lives abroad with her family, and son Gaurav, who represents the Kaliabor constituency and currently the deputy leader of the Congress in Lok Sabha.