The 29-year-old grandson of Shiv Sena founder the late Bal Thackeray is all set to become the first member of the family to enter electoral politics as Aaditya Thackeray on Monday announced that he will contest the forthcoming assembly elections in Maharashtra from the prestigious Worli constituency. 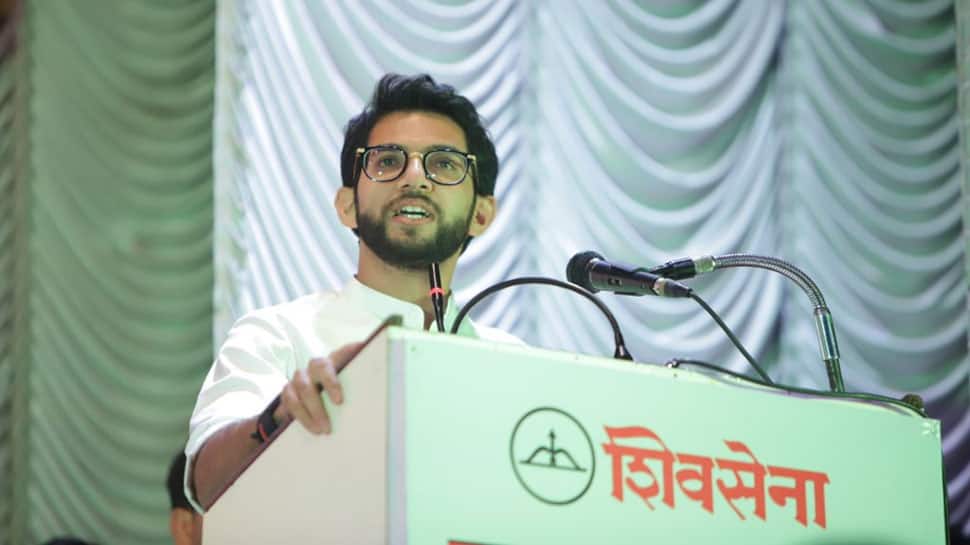 MUMBAI: The 29-year-old grandson of Shiv Sena founder the late Bal Thackeray is all set to become the first member of the family to enter electoral politics as Aaditya Thackeray on Monday announced that he will contest the forthcoming assembly elections in Maharashtra from the prestigious Worli constituency.

Addressing party workers at Lala Lajpat Rai college in Worli, Aaditya said, “This is the time not just for me to contest the polls but to remove unemployment and to make new Maharashtra.” He added that party chief Uddav Thackeray could not come for the meeting as he is busy with ticket distribution.

Saying that he entered the politics after taking the blessings of "Shiv Sainiks", the Sena youth president said that he will follow people mandate and will perform any responsibility given to him by the people.

Worli has traditionally been a bastion of Shiv Sena where the party has always performed well. Hence, Aaditya took the decision to contest from this assembly seat. It is likely that Aaditya will be given the post of Deputy Chief Minister if the BJP-Shiv Sena alliance returns to power in the state. Further, the Shiv Sena has been projecting Aaditya as its chief ministerial candidate if it manages to rake in the highest number of seats.

However, ally Bharatiya Janata Party (BJP) and the party which emerged as the single-largest party with maximum seats in 2014 Assembly election in Maharashtra has maintained that current Chief Minister Devendra Fadnavis would retain his post.

According to Zee Media sources, Aaditya will file his nomination papers on October 3, while the last date to file for nomination has been set as October 4 by the Election Commission.

Commenting on Aaditya’s candidature, Shiv Sena MP Sanjay Raut said, “It is true that nobody from Thackeray family has contested the polls. But, rules need to be changed sometimes to make history.” He further hinted at Shiv Sena's resolve to see Aaditya in Chief Minister's Office, news agency ANI reported.

Sanjay Raut, Shiv Sena: Due to some technical glitch, Chandrayaan 2 couldn't land on the moon but we will ensure that this sun (Aditya Thackeray) reaches the 6th floor of Mantralaya (Chief Minister's office) on 21st October. pic.twitter.com/4ZRO2Q6IEd

After weeks of speculation, the BJP and Shiv Sena on Monday formally announced alliance for the upcoming Maharashtra Assembly election, scheduled to be held on October 21.

According to sources, Chief Minister Devendra Fadnavis and Sena president Uddhav Thackeray will announce the quantum of seat sharing through a joint statement later on Monday.

The BJP's top brass, including Prime Minister Narendra Modi, its chief Amit Shah and working president J P Nadda, on Sunday deliberated for several hours with other CEC members and leaders to finalise names of candidates.

The emerging formula for the 288 seats, according to BJP sources, is 162 for BJP, including those for smaller allies. The Shiv Sena share will be at 126 seats. Maharashtra assembly elections are scheduled to be held on October 21, along with Haryana.