Addressing an election rally in Latehar, Jharkhand, he said, "You people tell me, should a Ram temple be built in Ayodhya or not? But the Congress party was not letting the case continue. Now Supreme Court delivered a historic verdict paving way for a grand temple there." 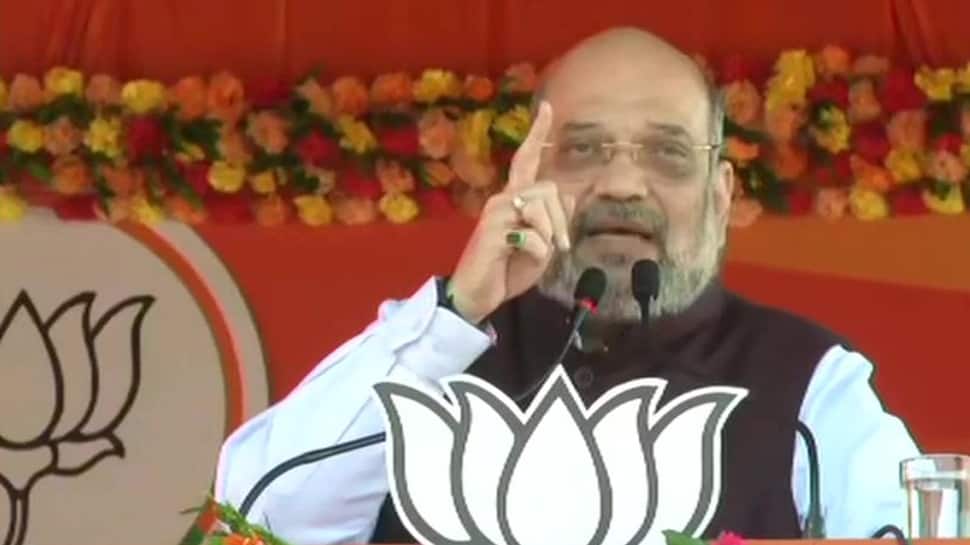 Union Home Minister Amit Shah on Thursday blamed the Congress of not allowing the continuous hearing of Ayodhya's Ram Mandir-Babri Masjid case. He lauded the Supreme Court for delivering a historic verdict that paved way for a grand temple in Ayodhya.

Addressing an election rally in Latehar, Jharkhand, he said, "You people tell me, should a Ram temple be built in Ayodhya or not? But the Congress party was not letting the case continue. Now Supreme Court delivered a historic verdict paving way for a grand temple there."

Posing a question to Congress interim president Sonia Gandhi and party leader Rahul Gandhi, he said, "What did you do for tribals in last 70 years, do you have any facts on it? We have opened an eklavya school in every Adivasi block, a district mineral fund has also been set up by PM Narendra Modi."

The rally comes ahead of the Jharkhand election from November 30-December 20. Jharkhand will be voting on 81 assembly seat five-phases and the results will be announced on December 23.

Talking about the revocation of Article 370 in Jammu and Kashmir, Shah said, "Congress had been dragging the Kashmir problem for 70 years in the greed of its vote bank. However, Prime Minister Narendra Modi removed the stigma of Article 370, bringing Kashmir on the path of development."

He also hit out at Congress and Jharkhand Mukti Morcha (JMM) stating that scams of Rs 1,000 crore took place during their rule in Jharkhand. "In the last 5 years, Chief Minister Raghubar Das has put Jharkhand on the path of development. What have Congress and Jharkhand Mukti Morcha done for the benefit of the poor? Rs 1,000 crore scams took place during their government," said Shah.

Emphasising on the history of Jharkhand, he said, "When the whole country was fighting against the British in the revolution of 1857, the biggest battle was fought by the people of Palamu."

"People of Jharkhand fought the battle for statehood. In Congress rule, Jharkhand was not created. Jharkhand came when Atal Bihari Vajpayee became Prime Minister of this country. He gave the Jharkhand people their right," he added.