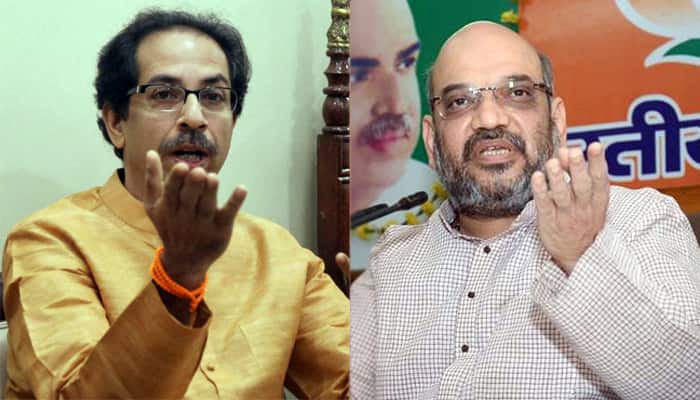 The meeting of two senior BJP leaders took place at a time when BJP ally Shiv Sena is adamant on the implementation of 50:50 formula in the new government. As per the 50:50 formula - which Shiv Sena claimed was agreed upon by Shah and Shiv Sena chief Uddhav Thackeray before 2019 Lok Sabha poll - the position of chief minister should rotate between the two parties for 2.5 years. The BJP is reluctant to accept Sena's demand and the party has made it clear that only Fadnavis will become the new chief minister of Maharashtra. On the other hand, Sena chief  Uddhav Thackeray has repeatedly maintained that his party will not budge from its stand asking the BJP to fulfil its promise.

Sources told Zee Media that Amit Shah is unwilling to give the post of the chief minister and home minister to Shiv Sena but he has agreed to give Revenue Ministry to its ally. It is learnt that the BJP president told Fadnavis during the meeting to remain on 'wait and watch' mode for some days. The BJP, however, is confident that Shiv Sena will relent and will ultimately form the government in alliance with the BJP.

On the other hand, Shiv Sena has stopped all communication with the BJP and some reports claimed that the Congress and NCP are thinking of extending their support to Shiv Sena if the BJP fails to form the government. Sources said that BJP leaders are keeping a close watch on the proposed meeting of Congress interim president Sonia Gandhi with NCP chief Sharad Pawar on Monday (November 4).

The results for 288-seat Maharashtra assembly were declared on October 24 but no party or alliance has so far staked claim to form the government so far. Though the BJP and Shiv Sena contested as allies and they have a comfortable majority to form the government, the two parties have been bickering over the post of chief minister.

On Sunday, Shiv Sena upped the ante by claiming that it had the support of 170 MLAs and it will form the new government in the state with the support of Nationalist Congress Party (NCP) and Congress if BJP fails to accept the 50:50 formula. In an editorial in its mouthpiece 'Saamana, the party said, "Being the second-largest party, Shiv Sena will claim to form the government after BJP fails to prove majority. Our tally will reach 170 with the help of NCP, Congress, and others."

New government be will be formed soon in Maharashtra, says Devendra Fadnavis after meeting Amit Shah