Senior BJP leader Jai Kumar Rawal, who is a close aide of Maharashtra Chief Minister Devendra Fadnavis and a minister in the state cabinet, said the BJP will more seats if Assembly election in the state is held again. 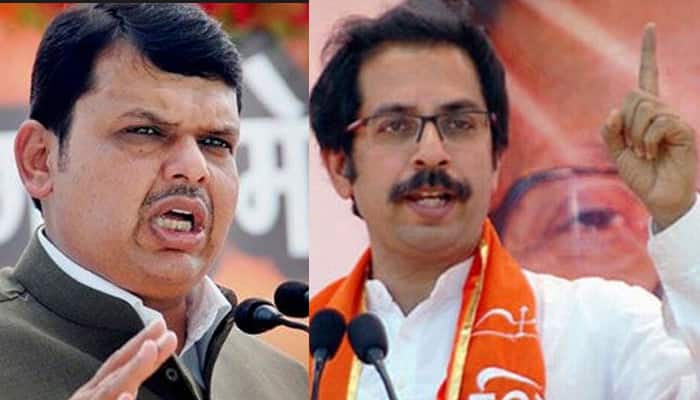 The editorial added that the around 60% farmers of Maharashtra are facing the brunt of natural calamities but Shiv Sena is least bothered about the welfare of the farmers and the party is only focused on grabbing power. The BJP mouthpiece remarked that the people of Maharashtra will never forgive Shiv Sena for ignoring the plights of farmers and common people in their quest for power.

Launching an indirect attack on Raut and other Sena leaders, the BJP mouthpiece said that the Shiv Sena leaders claim that BJP managed to win 105 seats because it contested the Assembly election in alliance with Shiv Sena otherwise the BJP would not have won more than 70 seats. Tarun Bharat editorial said that Sena leaders are busy in writing articles and giving interviews to TV channels in order to create confusion. Taking a dig at Raut, who is also the editor of Shiv Sena mouthpiece 'Saamana', the BJP said that there is an 'intelligent' Sena leader who wakes up every morning and tweets Hindi poems and then gets busy in planting fake news. The BJP mouthpiece said that the 'intelligent' leader must understand the fact that it is easy to post tweets but very tough to administer a state like Maharashtra.

Dragging the issue of Ram Mandir, the BJP's mouthpiece said that several workers of BJP have given their lives to realise the dream of construction of Ram Mandir in Ayodhya and now the Supreme Court is expected to deliver its verdict in this matter and a stable government is needed in Maharashtra in order to maintain law and order after the delivery of verdict in this case.

In a related development, Shiv Sena leader Raut is scheduled to meet Governor Bhagat Singh Koshyari at 5 PM on Monday. Talking to media, Raut said that his meeting with the Governor is a courtesy call. The Shiv Sena leader, however, added that he will also hold discussions over the current political situation in the state during his meeting with Governor Koshyari. Raut declined to comment on the 'Tarun Bharat' editorial and said that he does not read newspapers like Tarun Bharat.

It is to be noted that the results for 288-seat Maharashtra assembly were declared on October 24 but no party or alliance has so far staked claim to form the government so far. Though the BJP and Shiv Sena contested as allies and they have a comfortable majority to form the government, the two parties have been bickering over the post of chief minister. Shiv Sena has been putting pressure on the BJP to implement 50:50 seat-sharing formula in the state, under which the post of chief minister will rotate between the two parties for 2.5 years.

JVM (P) breaks alliance with 'Mahagatbandhan', to contest on all 81 seats in Jharkhand