Some of the key candidates include Sunil Yadav who will be contesting against Delhi Chief Minister Arvind Kejriwal, Ravi Negi has been fielded from Patparganj and will take on Delhi Deputy Chief Minister Manish Sisodia. 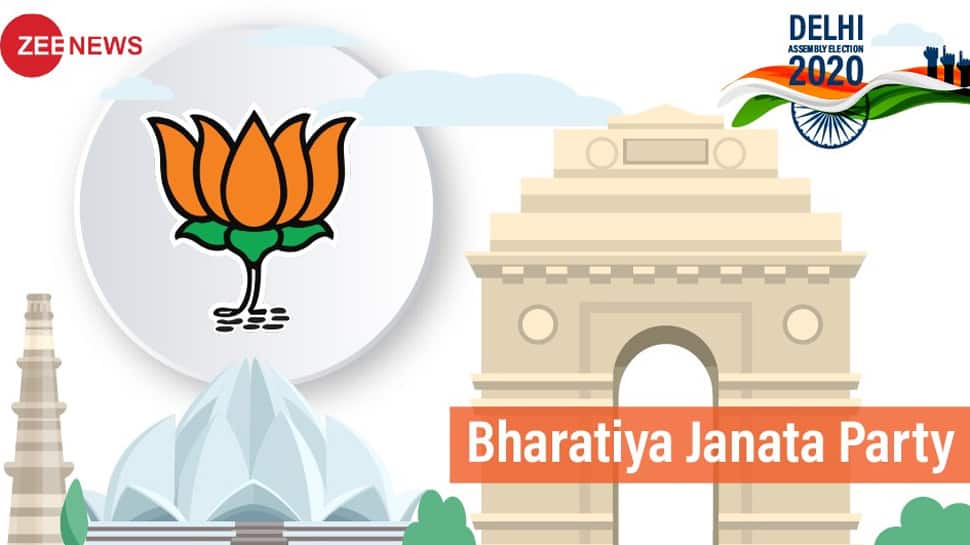 New Delhi: The Bharatiya Janata Party (BJP) on Tuesday released its second list of the candidate and the party is contesting on 67 out of the 70 seats in Delhi Assembly election 2020. The first list of the party was released on January 17  in which the party declared the names of 57 candidates. The result of Delhi election will be declared on February 11.

Some of the key candidates include, Sunil Yadav who will be contesting against Delhi Chief Minister Arvind Kejriwal, Ravi Negi has been fielded from Patparganj and will take on Delhi Deputy Chief Minister Manish Sisodia, Kapil Mishra from Model Town, Vijender Gupta from Rohini, Ajit Kharkhari from Najafgarh and Tajinder Bagga from Hari Nagar.

The BJP's list includes 11 candidates from seats reserved for the Schedule caste community and there are five women candidates - Rekha Gupta from Shalimar Bagh, Lata Shori from Ballimaran, Shikha Rai from Greater Kailash and Kiran Vaid from Trilokpuri and Kusum Khatri from Mehrauli.

The constituencies on which BJP has given ticket to its allies includes - Sangam Vihar, Seemapuri, Burari. Candiadtes from Nitish Kumar led Janata Dal (United) will contest on  Sangam Vihar and Burari seats while one leader from Lok Janshakti Party (LJP) will field from Seemapuri constituency in east Delhi

Ahead of the election, the Siromani Akali Dal (SAD) declared that it will not contest the polls in alliance with the BJP given its stand on the Citizenship Amendment Act.

Nominations for the Delhi elections began on January 14 and ended on Tuesday and last date of withdrawal of candidature is January 24.

The single-phase election in Delhi will be held on February 8, 2020 while the counting of votes will take place on February 11. The Model Code of Conduct (MCC) came into force since January 6 immediately after Chief Election Commissioner Sunil Arora announced dates for Delhi Assembly Election.