As the counting of Haryana assembly elections 2019 results is underway, former Congress leader Ashok Tanwar on Thursday asserted that key to power is in Jannayak Janata Party`s (JJP) hands in the state. 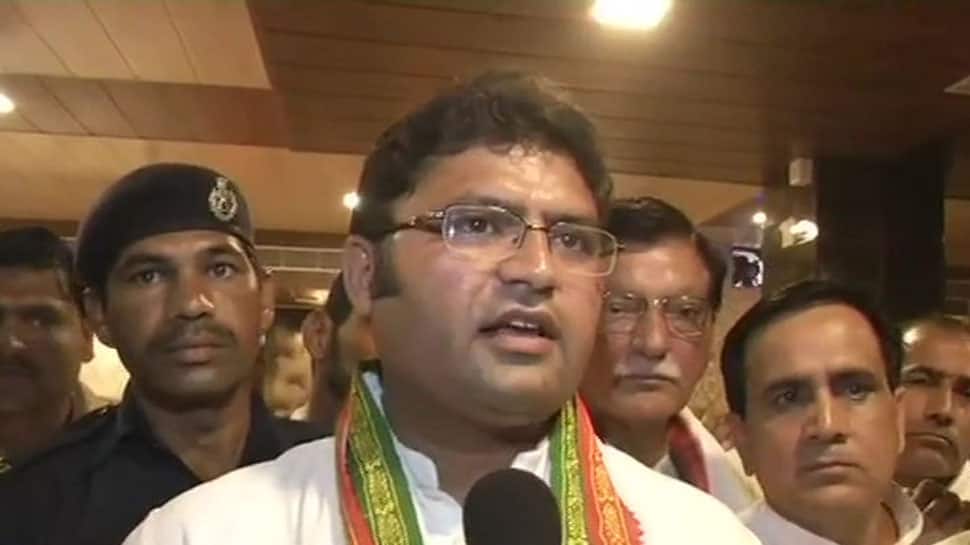 New Delhi: As the counting of Haryana assembly elections 2019 results is underway, former Congress leader Ashok Tanwar on Thursday asserted that key to power is in Jannayak Janata Party`s (JJP) hands in the state.

"It was known before only that such a mandate will come. I want to congratulate JJP and its chief Dushyant Chautala. I am sure the decision they will take will be in benefit of Haryana. Both the parties (Congress and BJP) have been destroyed," he said.

The former Congress leader made these remarks while commenting on the party-wise trends of the Haryana assembly polls. As per latest trends, both BJP and Congress are away from the majority while leading in 37 and 34 seats out of a total of 90 seats.

The JJP iss leading in six seats. When enquired if he is going to join JJP in the near future, Tanwar quickly said that he is just supporting the political party and has no such intention.

"I am only supporting the JJP. I will give them advice if they need. The party has its own system and I am sure they will take the decision in favour of the development of Haryana", he said.

On October 5, Ashok Tanwar resigned from the primary membership of Congress citing that the party is facing "existential crisis" because of "internal problems and contradictions" and alleged that leaders like him had been "politically murdered".

He had also stated that the party has drifted away from its basic principle and ideology.

Voting for the 90-member Haryana Assembly elections was held on October 21 and the counting of votes is underway.