Congress has zeroed down 36 major points of policy-making incorporated in the manifesto, addressing various quarters of society and their interests. 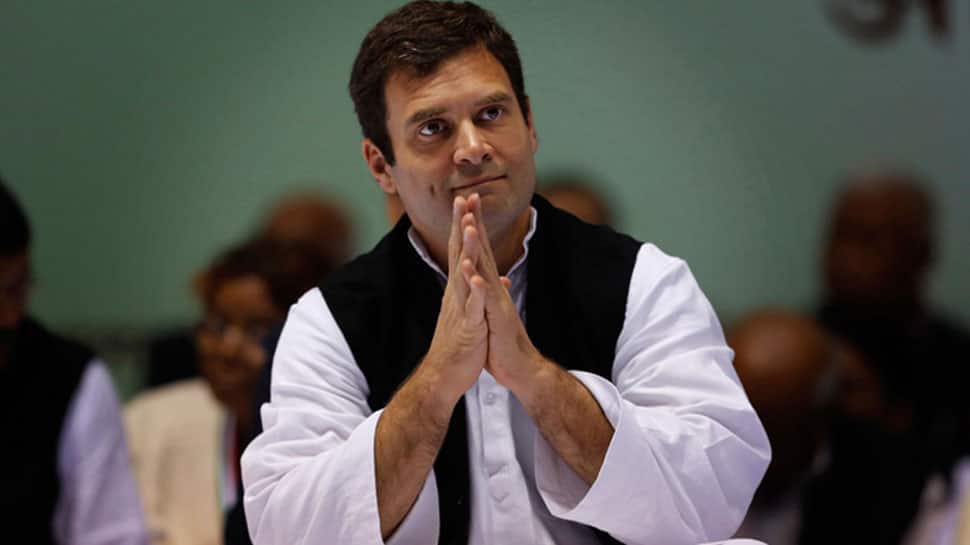 Raipur: The Congress party has on Friday launched its election manifesto for the upcoming Chhattisgarh Assembly elections. The 2018 manifesto - 'Jan Ghoshna Patra' - was launched in Dongargarh by party president Rahul Gandhi, who is currently on a visit to the poll-bound state.

Speaking to the media, Rahul Gandhi highlighted the main features of the manifesto, elucidating the aspects on which the grand old party will fight the forthcoming elections in Chhattisgarh. The party has zeroed down 36 major points of policy-making incorporated in the manifesto, addressing various quarters of society and their interests.

The prominent features include:

1. Immediate loan waiver for farmers within 10 days of the formation of Congress Govt. A major thrust on the agricultural sector also includes fixing MSP for various crops as per the Swaminathan Commission report. The MSP for Rice has been fixed at Rs 2500/quintal and Maize at Rs 1700/quintal. The manifesto also includes provisioning of pension for farmers above 60 years of age to support them.

2. The Manifesto also promises to cut electricity bills by half for domestic consumption, provisioning of houses and land to urban and rural families, respectively.

3. Every family will be given 35kgs of rice, every month at the rate of Rs 1 only!

5. Women Safety is one of the primary features of Congress Party's Jan Ghoshna Patra, pertaining to which strict enforcement of laws, setting up of special women police stations and women help cells in every police station have been proposed. Also, special conveyance for women for late night commuting, adept with technology has been proposed in the Manifesto.

6. Minority communities and their interests have been given due importance in the Manifesto with proposals in place for their security, job opportunities and special help for ease of doing business.

7. Emphasising on healthcare services, the Manifesto proposes the introduction of a Universal Healthcare program pertaining to which free and quality services will be provided to those in need. It also proposes converting 6 medical colleges into multi-speciality hospitals, along with bringing 1000 specialists on board in the first year. Air ambulances will be provisioned for areas like Bastar, Sarguja and Supebeda.

8. Special attention on improving the quality of education through emphasis on quality of teachers has been listed out in the Manifesto. Apart from education, measures will be in place to deal with nutrition and anaemia in school kids, putting a health cell in all educational institutions. The Manifesto also promises to fill in 50,000 posts for teachers to balance the teacher-student ratio in the first year.

9. Increasing the MSP on 70-85 forest crops and fixing Rs 4000 per bag for Tendu Patta workers. Fixing a respectable income for daily wage labourers, increase in income bands of Class 3 and 4 employees, distribution of 7th pay commission surplus in 3 phases, increase in the pension being given to police families, who lost loved ones in Naxal attacks, the establishment of sports hostels, scholarships for economically weak sportspersons.

Chhattisgarh will go to polls in two phases - on November 12 and November 20. The campaigning for the first phase will end on Saturday.

The first phase on November 12 will see 18 seats of eight Naxal-affected districts go to polls. Of these, 12 are Scheduled Tribe seats while one is a Scheduled Caste-reserved seat.

The remaining 72 constituencies will witness polling on November 20 and counting of votes will be held on December 11.