NCP-BJP spar over govt formation in Maharashtra; Pawar-Sonia to decide next course of action

Nawab Malik questioned Patil that if the BJP has the highest number of MLAs then why did they tell Governor Bhagat Singh Koshyari that they can't form government in the state. Addressing a press conference in Mumbai, Malik said, "When they are saying that they have the strength, then why did they inform the Governor that they will not be able to form a government." 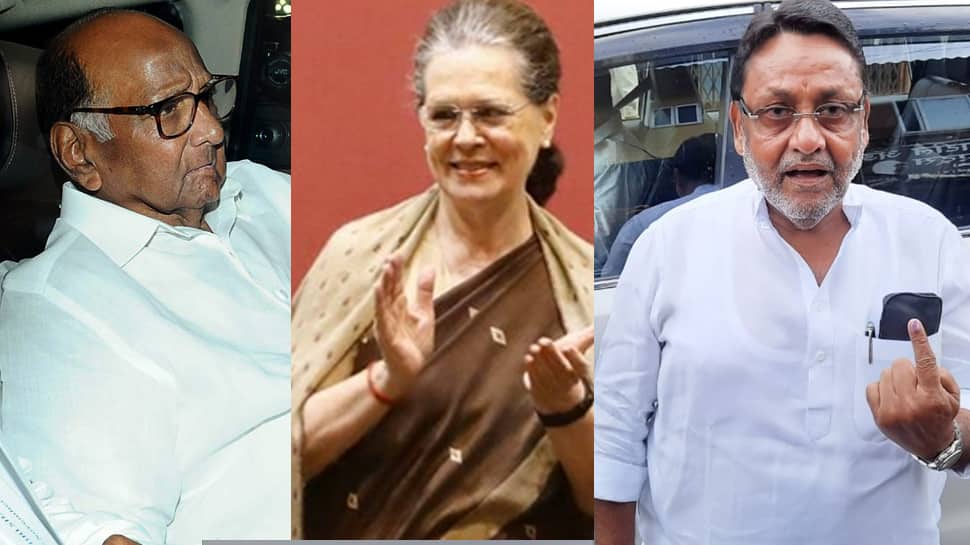 As the uncertainty over government formation in Maharashtra continues, Nationalist Congress Party (NCP) leader Nawab Malik on Friday trained his guns on state BJP president Chandrakant Patil over his 'BJP has the highest number of MLAs' remark.

Malik questioned Patil that if the BJP has the highest number of MLAs then why did they tell Governor Bhagat Singh Koshyari that they can't form government in the state. Addressing a press conference in Mumbai, Malik said, "When they are saying that they have the strength, then why did they inform the Governor that they will not be able to form a government. They do not have adequate legislators, the reason they are making statements to save their MLAs from running away. The BJP should understand that this is Maharashtra, not Goa or Karnataka."

Malik also said that the chief minister in the state will be from Shiv Sena only. Slamming former chief minister Fadnavis for asserting that there was no alternative to BJP in Maharashtra, he said, "The Chief Minister is raising the morale of the Army like a lost General. It takes time to accept, it will take time for him to accept."

The Shiv Sena, NCP and Congress leaders have sought time from Governor Koshyari for a meeting on Saturday (November 16) to discuss farmers' issue. Speculations were high that the three parties will jointly stake claim to form the government, however, Congress leader Prithviraj Chavan and NCP leader Nawab Malik while talking to ANI, cleared that the meeting between their delegation and the governor is over the farmers` issues only and has nothing to do with staking claim to form government in the state.

"I am aware that our joint delegation is to meet the Governor. This is clear that we are meeting for the farmers` issue and nothing about government formation will be on our agenda in that meeting," said Chavan. Meanwhile, Malik stated, "Governor has allowed our request to meet him at 3 pm on Saturday and during this meeting, we will discuss farmers issues only, there should not be much speculation about it. Members of NCP, Shiv Sena and Congress will be part of the delegation meeting the Governor".

Senior Congress leader Mallikarjun Kharge, however, said that NCP chief Sharad Pawar and interim Congress president Sonia Gandhi will meet on November 17 (Sunday) and discuss the next course of action. "Congress alone can't decide things. NCP chief Sharad Pawar and AICC president Sonia Gandhi will sit together on November 17 and discuss the next course of action. They will decide how to solve this problem. After that only the other actions will follow. Once they both sit and discuss, only then will the political strategy be prepared. That will be followed and implemented."

On October 24, the poll results threw up a fractured mandate for the 288-member Maharashtra assembly with the ruling BJP getting 105, its then ally Shiv Sena 56, NCP 54 and Congress 44, and the rest to Independents and smaller parties.