The 29-year old grandson of Shiv Sena founder late Bal Thackeray is the first member from the Thackeray family to enter the electoral fray after Shalini Thackeray, the wife of Jeetendra Thackeray, a cousin of MNS founder Raj Thackeray, who had unsuccessfully contested the 2019 Lok Sabha elections. 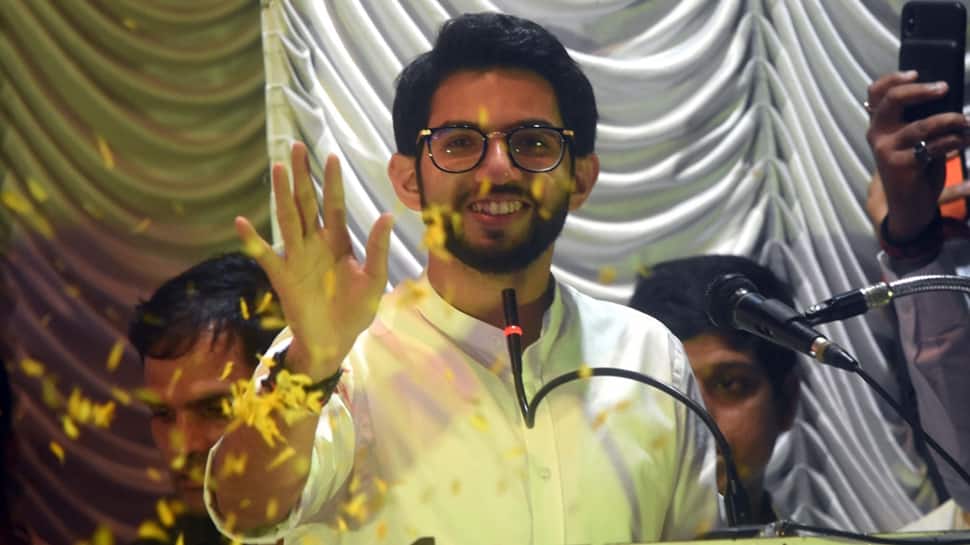 Youth Shiv Sena leader Aaditya Thackeray on Thursday will file his nomination for the prestigious Worli Assembly seat in south-central Mumbai, Maharashtra. He will be accompanied by his father and party chief Uddhav Thackeray and most of the top Sena leaders. According to sources, Maharashtra Chief Minister Devendra Fadnavis will also be present at the time of Aaditya's nomination.

Aditya is the first member from the Thackeray family to contest election after Shalini Thackeray,  who had unsuccessfully contested the 2019 Lok Sabha elections. Shalini is the wife of Jeetendra Thackeray, a cousin of MNS founder Raj Thackeray.

Aaditya will take these routes in Mumbai while going to file his nomination at 1 pm. He will leave from Lower Parel's 'Shivalaya', Shiv Sena branch, to fill his candidature nomination form. He will continue on Ganpatrao Kadam Marg--Shri Ram Mill--BDD trick--Shivram Amritwar Marg--Bansode Road--Bhagoji Waghmare Marg--Devrookar Marg--BDD Chal no. 61 and 40--Bhosale Road--Worli Naka and Dr E Moses Marg reaching the BMC Engineering Hub. He will fill his nomination from the Election Office of the BMC Engineering Hub.

He will hold a road show at 10.30 am from the Parel Shiv Sena branch of Lower Parel.

Aditya Thackeray was appointed as the Yuva Sena President in 2010 and was subsequently named a `leader` of the Shiv Sena in 2018.
A fitness and sports enthusiast, he is also the President of Mumbai District Football Association.