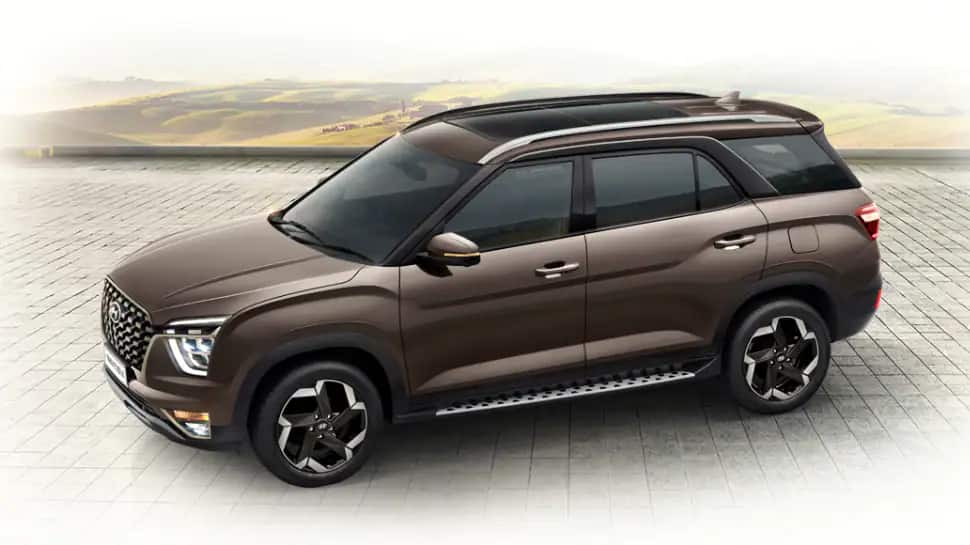 New Delhi: Hyundai is finally launching its Alcazar car on Friday (June 18). The Korean automaker had opened bookings for the six or seven-seater SUV early this month after a delay due to the COVID-19 pandemic.

Alcazar is all set to rival the all-new 2021 Tata Safari and the MG Hector Plus, among many other similar SUVs in the segment. The car is based on Hyundai’s one of the most popular car in India, Creta.

In terms of engine, the company is launching the SUV in diesel and petrol engine. The car will hit roads in two variants based on the number of seats: 6-seater Alcazar and 7-seater Alcazar.

The six-seater variant of Alcazar sports captain seats for the second row. The car also comes in a six-speed manual and a six-speed automatic transmission.

Hyundai can price the six variants of Alcazar between Rs 13 lakh to Rs 20 lakh. At this price point, the SUV will rival the Tata Safari, MG Hector Plus and the Mahindra XUV500.

Alcazar is packed with features such as Bose premium sound system, Air Purifier with AQI display, 8-way electric adjustment and panoramic sunroof which opens/closes on voice command. Also Read: UP Board Class 10, 12 results: Yogi Adityanath govt to use this formula to evaluate students, check details