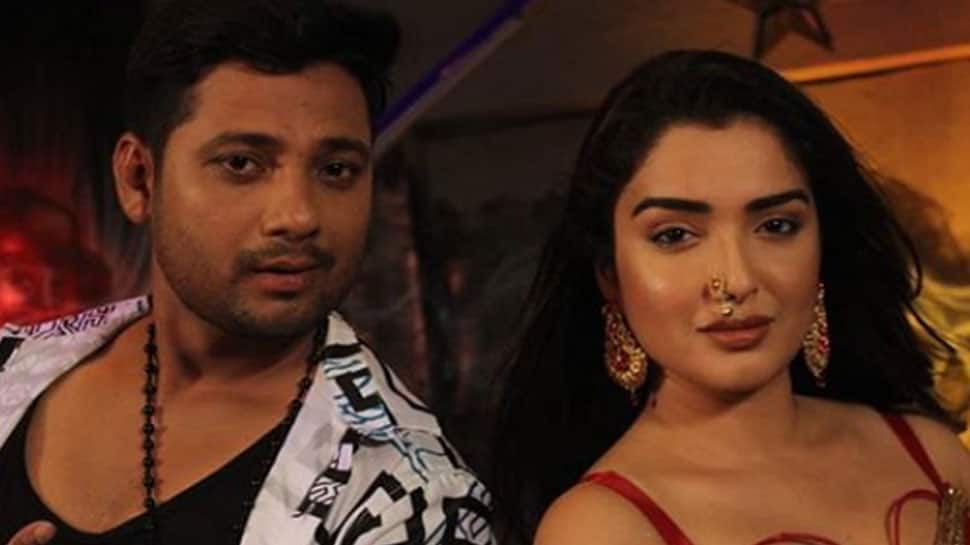 New Delhi: One of the most popular actresses of the Bhojpuri entertainment world Aamrapali Dubey is an internet sensation. The actress has over 600,000 followers on social media app Instagram and often shares details from her professional life to keep fans updated.

Aamarapali is currently shooting for her upcoming film 'Pangebaaz'. She took to Instagram and shared a still from a song in the film. The actress is seen posing with actor Prem Singh.

Aaamrapali looks sizzling in a red outfit and matching accessories.

The caption is, “Shot an awesome song in an upcoming film #Pangebaaz with this hardworking boy Prem Singh”

Aamrapali will also share screen space with Dinesh Lal Yadav aka Nirahua in 'Thik Hai'. The film's shooting is currently underway. Nirahua and Aamrapali share a great bond off-screen as well and fans love to see the two together.

The actress has worked with almost all popular stars in the Bhojpuri film industry, but her on-screen pairing with Nirahua remains the favourite amongst movie lovers.

Coming to the film 'Thik Hai', it is written as well as directed by Santosh Mishra and has been high on the buzzword ever since it was announced.

Khesari Lal Yadav's 'Coolie No. 1' and Salman Khan's 'Bharat' to clash on Eid