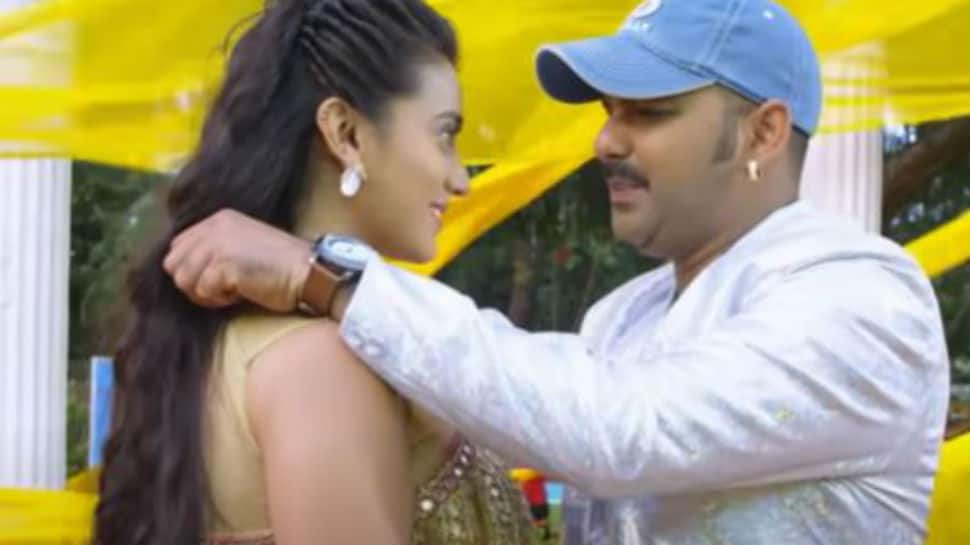 New Delhi: Top Bhojpuri stars Akshara Singh and Pawan Singh enjoy a massive fan following. Both of them have given the industry some big films and hit songs that will always be remembered. The duo rules several hearts and their songs that keep trending on YouTube. Amid the lockdown, when no news songs are being released, their fans are bingeing on old tracks and recently, they have chanced upon a video of Akshara and Pawan which broke the internet some years ago.

The song is titled ‘Chamkelu Sheeshan Jaisan’. It is creating waves on YouTube again for Akshara’s scintillating dance moves, Pawan’s swag, and their sizzling chemistry.

‘Chamkelu Sheeshan Jaisan’ is from the film ‘Saiyan Superstar’. The lyrics courtesy goes to Manoj Matlabi while Pawan, along with Kalpana, have provided playback for the song.