Three-year-old Sanno slipped and fell into a borewell shaft, said to be more than 100 feet deep, in the evening on Tuesday. 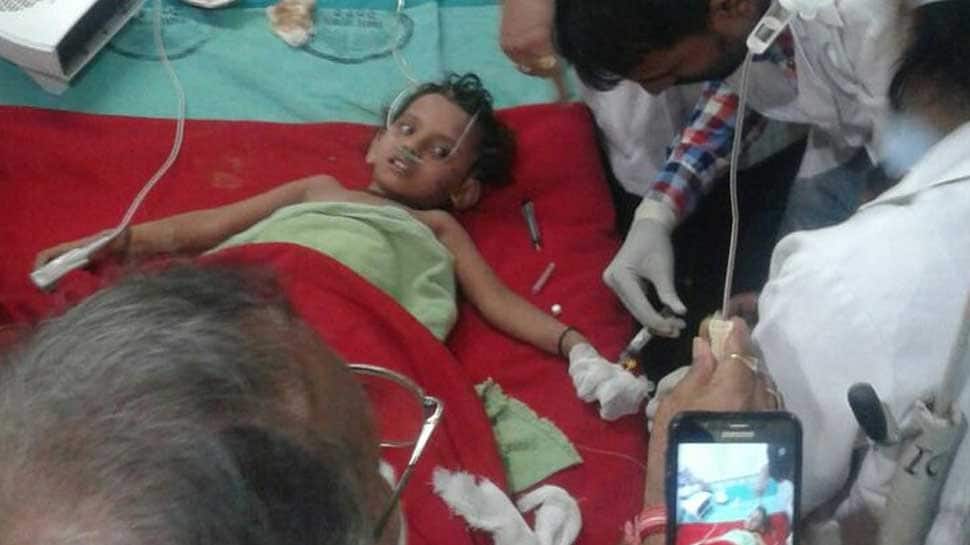 MUNGER: Sanno, a three-year-old girl who fell in a 110-feet deep borewell in Munger district of Bihar, was safely rescued after several hours of coordinated efforts by the SDRF and the NDRF officials.

News agency ANI confirmed that the 3-year-old girl who was stuck in a 110 feet deep borewell for over 30 hours in Munger since Tuesday has been rescued.

#Bihar: 3-year-old girl who was stuck in a 110 feet deep borewell in Munger since yesterday has been rescued. (File pic) pic.twitter.com/YYxsZx9ky9

The girl was immediately taken to the nearby Sadar hospital for medical examination in the presence of Munger District Magistrate and other top health department officials. The girl is said to be stable at the moment and advised to take proper rest by the doctors.

She would be handed over to her family soon.

#Bihar: 3-year-old girl who was rescued after being trapped in a 110 feet deep borewell since yesterday, has been admitted to Sadar hospital in Munger. pic.twitter.com/w6H1u6WQDF

The girl slipped and fell into a borewell shaft, said to be more than 100 feet deep, in the evening on Tuesday.

The child had come to her maternal grandparents' home in Murgiyachak locality in the town when the shocking incident occurred.

She was playing near the borewell shaft in the courtyard of the house and fell into it, Munger Superintendent of Police Gaurav Mangla told reporters

The girl was reportedly stuck inside the shaft at a depth of about 45 feet. Sensing the situation, a team of doctors was pressed into service and adequate oxygen supply was ensured with the help of cylinders and pipes.

A team of the SDRF was also called in from Bhagalpur to ensure the speediest possible rescue operation.

The SDRF team was later joined by a team of the NDRF, which reached the spot by helicopter.

The rescuers also dug out an horizontal access in order to reach the spot.

State disaster management minister Dinesh Chandra Yadav told reporters that ''the administrative machinery has been instructed to ensure that the girl is rescued safely.''