On an earlier occasion, Tej Pratap Yadav was seen dressed up as 'Lord Krishna'. 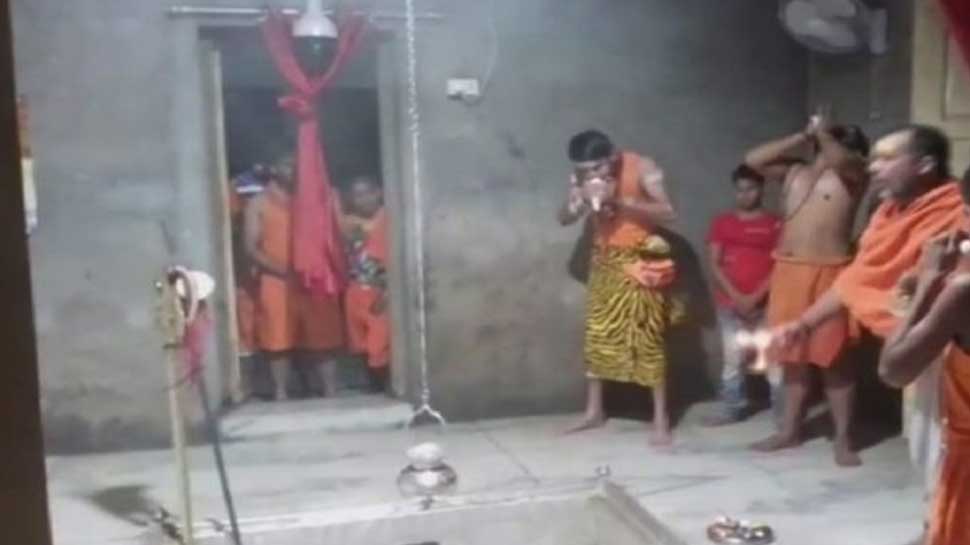 PATNA: Tej Pratap Yadav, the eldest son of former Bihar chief minister and RJD chief Lalu Prasad Yadav, appeared as 'Lord Shiva' and offered prayers at a temple dedicated to the deity in Patna on Tuesday.

A video of Tej Pratap dressed up as 'Lord Shiva' and performing a ritual at a famous temple in Patna came to fore on Tuesday.

In the video, the Mahua MLA can be seen playing the 'dumru' and blowing a conch as a priest standing nearby conducts an 'aarti' at the temple.

After performing the rituals at the temple, the former health minister of Bihar left for Baba Baidyanath Dham in Deoghar – another place of worship dedicated to the deity.

However, this is not the first time that Tej Pratap has appeared in such a getup.

On an earlier occasion, Tej Pratap was seen dressed up as 'Lord Krishna'. In 2017, when he was Bihar's health minister, Tej Pratap had donned the avatar of Lord Krishna to ring in the New Year.

The eldest son of veteran Bihar politician was married to Aishwarya Rai, the daughter of party legislator Chandrika Rai and granddaughter of former chief minister Daroga Prasad Rai, on May 12 this year.

Tej Pratap had recently grabbed the spotlight for conducting a bicycle rally to protest over the surging prices of fuel. However, he had to face huge embarrassment after his bicycle skidded and he fell on the road while being accompanied by many supporters and security personnel.

Sometimes back, Tej Pratap had shared the poster of his forthcoming film titled, 'Rudra: The Avatar.'