RJD Chief Lalu Prasad Yadav returned to Patna after almost 3.5 years and was given a boisterous welcome at the city airport. 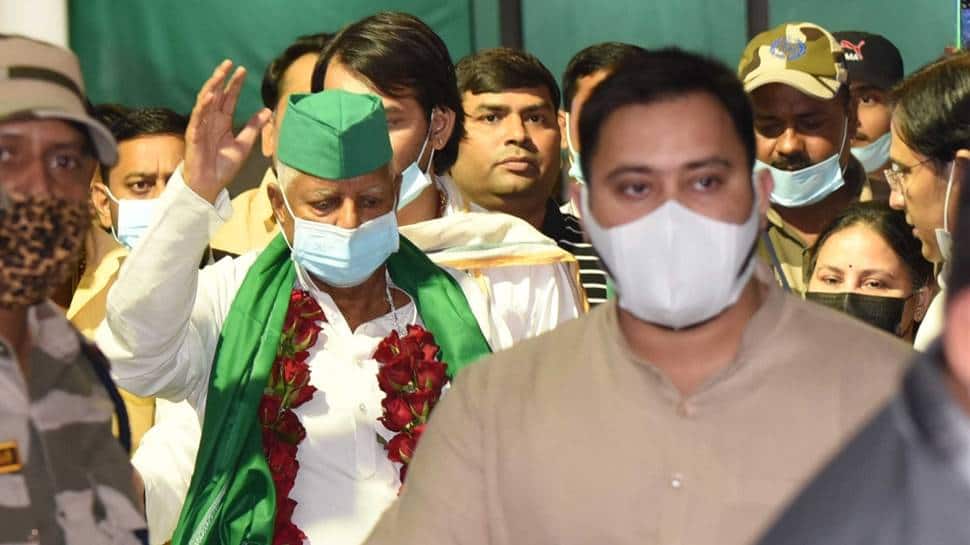 Patna: RJD president Lalu Prasad on Sunday returned to his home turf of Bihar after three years, six months following the end of his prison term in fodder scam cases. He was incarcerated in December 2017, in April he fell sick and was recuperating at Delhi’s AIIMS Hospital.

Prasad arrived at Patna accompanied by wife Rabri Devi and eldest daughter Misa Bharti, at whose Delhi residence he had been putting up in Delhi after being released from jail a few months ago. A huge crowd of supporters had gathered outside Rabri Devi's residence for a glance of the RJD chief.

At the airport, Tej Pratap and his younger brother Tejashwi were present to receive their father. The former Bihar Chief Minister drove straight to his wife's 10, Circular Road bungalow, much to the disappointment of reporters.

However, Tej Pratap was upset as he had requested his father to visit his house first but Lalu Prasad was stopped from doing so by state RJD chief Jagadanand Singh and MLC Sunil Singh, Tej pratap alleged.

Lalu looked keen to return to active politics and made his intentions clear to take part in the campaign for October 30 by-polls to Tarapur and Kusheshwar Asthan assembly seats.

The RJD has the largest number of MLAs in the 243-strong assembly and it has been claiming that it will wrest the two seats from the ruling NDA and trigger an upheaval in the state's politics.