Prime Minister Narendra Modi on Friday began campaigning for his party BJP by addressing the voters in Bihar’s Sasaram in Bhojpuri. 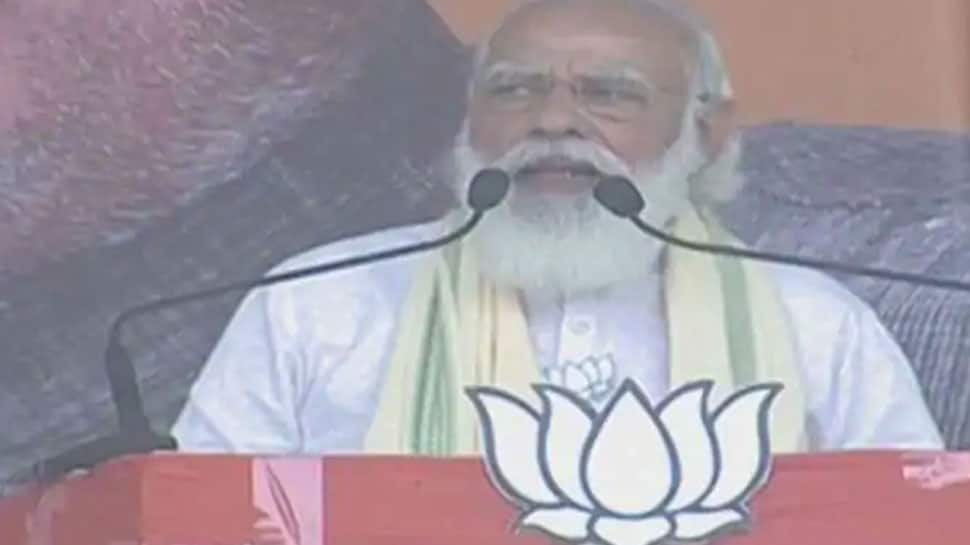 PATNA: Prime Minister Narendra Modi on Friday began campaigning for his party BJP for the upcoming Bihar assembly election 2020 by addressing the voters in Sasaram in 'Bhojpuri'.

The Prime Minister began his address by saying, “Bihar lost its two sons recently. I pay my respects to Ram Vilas Paswan Ji, who was with me till his last breath and gave his entire life for the welfare of the poor and Dalits. Similarly, Babu Raghuvansh Prasad Singh ji also worked for the poor. I pay respects to him.”

The PM Narendra Modi said this while addressing the BJP rally at Biada Maidan in Sasaram.

Highlighting the achievements of the NDA government at the Centre, the PM said, "We abrogated Article 370. These people say they will bring it back if they come to power. After saying this they dare to ask for votes from Bihar. Is this not an insult of Bihar? The state which sends its sons and daughters to the borders to protect the country."

Attacking his political adversaries, the PM said, ''The people who once ruled Bihar are again looking at the developing state with their greedy eyes. But, Bihar must not forget who pushed them backwards, that was the time when there was worsening law and order situation and corruption in the state."

The PM continued by saying, ''Voters of Bihar have taken a resolve that they won't let those who have a history of making the state 'Bimaru' come near them.''

The Prime Minister also congratulated CM Nitish Kumar and his government for fighting the COVID-19 pandemic.

"I want to congratulate the people of Bihar for the way they are fighting the battle against Covid-19. The decisions and steps taken by the state government and people of Bihar against the pandemic are highly commendable," PM Modi said at the public rally at Biada Maidan.

The Prime Minister then paid tributes to the martyrs from Bihar, who lost their lives in the Galwan incident and the Pulwama attack in 2019.

“Sons of Bihar lost their lives in Galwan Valley for the tricolour and ensured Bharat Mata’s head is held high. Jawans of Bihar were also martyred in Pulwama attack. I bow my head at their feet and pay respects,” he said.

Ahead of PM’s address, Nitish Kumar said, “I welcome our Prime Minister and I thank people for turning up in huge numbers despite the COVID19 pandemic.”

PM Modi will address two more rallies on Friday at Gaya's historic Gandhi Maidan venue and the third at Bhagalpur. The Prime Minister will address 12 election rallies in Bihar.