Tej Pratap and Tejashwi meet after a gap of several months 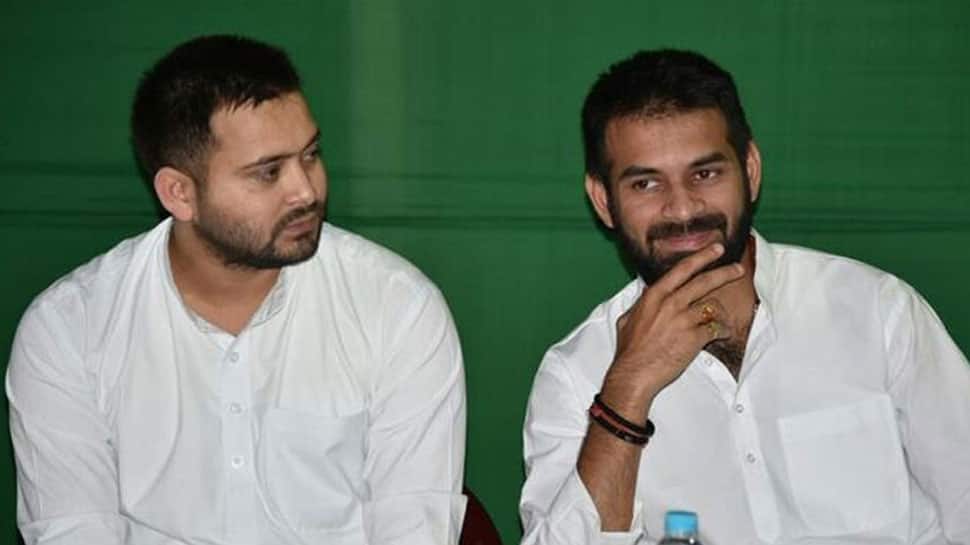 Patna: Lalu Prasad's elder son Tej Pratap Yadav on Saturday had a "political" meeting with his younger brother Tejashwi Yadav and reiterated that he saw the latter as "Arjuna", whom he would assist like Lord Krishna, in winning the electoral battle in Bihar.

Donning a 'Kurta-pyjama' and a waistcoat with a muffler wrapped around his neck, Tej Pratap Yadav drove to Tejashwi's bungalow at 5, Desh Ratna Marg.

Tejashwi Yadav greeted his elder brother by touching his feet and Tej Pratap responded by placing a hand on his younger brother's head.

The elder brother had remained estranged from his family members for a long time since they refused to back him in his decision to seek divorce from his wife, just six months after their marriage.

Emerging after the nearly 45-minute long meeting, Tej Pratap Yadav told reporters, "We held only political discussions. Things like how to make our party stronger and take Lalu's dream forward. Tejashwi is my Arjuna and I will see to it that he occupies the throne."

Speculations have been rife that the elder brother has been uneasy over the growing clout of the younger one within the party, who was named as the RJD's chief ministerial candidate, more than a year ago.

On Thursday, Tej Pratap Yadav had also announced, out of turn, the candidature of his sister Misa Bharti from Pataliputra Lok Sabha constituency.

However, on Friday Tejashwi made it clear that any party candidate would be finalized by the party's parliamentary board after due approval from Lalu Prasad the national president, who is at present in Ranchi serving sentences in a number of fodder scam cases.

The point made by the younger brother was, later, grudgingly acknowledged by Tej Pratap Yadav.