Bihar Minister ​Khurshid alias Firoz Ahmad said on Sunday that he will not hesitate in saying 'jai shri Ram' for the sake of harmony and development of the state. 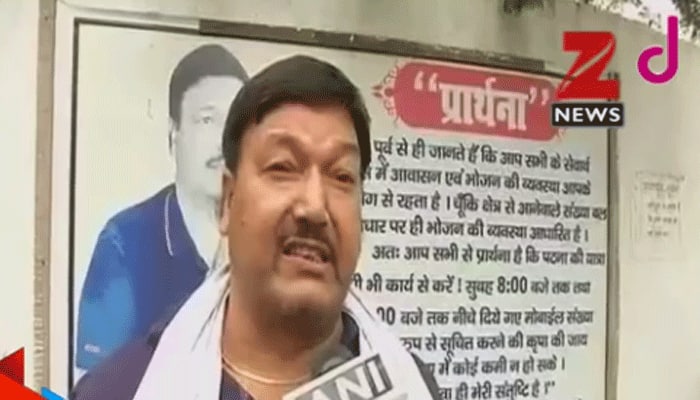 Patna: Bihar Minister ​Khurshid alias Firoz Ahmad on Sunday said that he will not hesitate in chanting 'jai shri Ram' for the sake of harmony and development of the state.

"If I have to say 'jai shri Ram' for people of Bihar, development, harmony, I will never step back from saying it," the minister said while talking to ANI.

Imarat Shariah, Islamic religious body in Bihar has issued a Fatwa against Khurshid for chanting slogans of ‘jai shri Ram’ in the Bihar Assembly.

Reacting over the diktat, Ahmad stated, "God knows with what intention I raised slogans of 'jai shri Ram'. My work will tell who I am... Respect Imarat Shariah, they should have asked my intentions (before issuing fatwa). Why should I be scared?"

Earlier on July 28, Bihar Chief Minister Nitish Kumar had comfortably won the the crucial trust vote after a vitriol-filled debate where he defended his decision to return to the NDA fold.

The 131-108 result of the floor test, held a day after he took office for the sixth time, jettisoning the RJD and embracing former ally BJP, was a foregone conclusion given the numerical superiority of the bloc supporting his government.

Four members in the 243-member house could not vote, reducing the total strength of the house during the trust vote to 239, as per PTI.

With the effective strength of the House reduced to 239 during voting, Bihar's new government needed 120 votes to win the confidence vote.