‘Cheat’ fund: The inside story of Sudipto Sen & Saradha group 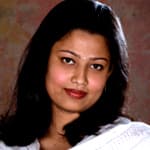 The story of many people in West Bengal’s Dakshin Barasat district also is a classic example of hopes that were dashed and ended in a bitter experience.

A chit-fund group by the name of ‘Saradha’ had sold the ticket to the moon to these people but their journeys ended on the doorstep to hell. A dream that was incredible while it lasted. The Saradha Group had sold big dreams, and many had invested every bit of their life’s savings; some had even left their jobs.

Saradha Group had got advances from investors as contribution for allotment of plots or flats besides a ‘money back’ option. However, there was an option for the investors to cancel the booking and get back their money with compound interest from 12% to 14%.

Just like the big scams in the sports, telecom, mining or real estate, we`ve started seeing relatively smaller scams which include individual amounts vanishing and directly impacting the middle class savings’ group in India. The difference is just that big scams don`t really impact the common man directly - barring of course, the taxpayer`s burden and the rising inflation. While the banking cons and Ponzi schemes which are mushrooming all over India are increasingly ruining families of the middle-class and lower middle class strata.

Recently, Urmila Pramanik a 50-year-old woman, resident of Baruipur in South-24 Parganas district, who had invested Rs 30,000 with this chit-fund company, set herself on fire on the eve of April 21, at her home, after coming to know that the company had gone bust. Also, a man reportedly tried to poison himself, even as political parties traded charges over the scandal.

Going back to the eve of December 31, 2012, when the entire world was busy with the New Year celebrations, few people were busy counting an amount to the tune of Rs 1.80 crores, which was deposited in the Dakshin Barasat branch of the Saradha group. Almost in a daze, branch employees spent the entire night counting the cash. Surprisingly, in a meagre span of the next four months, the entire money vanished into thin air. The branch suddenly turned from cash rich to cash dry. The depositors were shocked as all their money had vanished. Their dreams all disappeared into thin air. A lot of people had invested all their life’s savings into the scheme. Not only investors, but the fund collection agents, who had to return huge sums to the investors, were living in fear - the fear of being beaten up by the investors for duping them.

To understand the entire chit-fund scam, one must understand their modus operandi. Say, with the start-up cash of Rs 50,000 from two depositors, a company floats a ‘Rupees One Lakh’ scheme, with an assurance of 20% return. Eventually, the fund manager or agent needs to cough up Rs 1.20 lakh at the end of the first year. To raise this sum, he brings in three more investors who contribute Rs 40,000 each. At end of the second year, the manager has to repay those who contributed the previous year at Rs 48,000 each. To make this payment, the agents raise another Rs 48,000 from three new investors at the end of the second year to make the previous payments. Now, these new investors need to be repaid Rs 57,600 each for a total of Rs 1,72,800 at the end of the third year. The manager now needs more investors and collects Rs 43,200 from four investors this time to make those payments.

The first rule, therefore, is that the company has to constantly keep on adding fresh investors. So even if the old depositors do not ask for refunds, the chain instantly treads into troubled waters if the company fails to get new depositors.

Cut to the chit-fund scam, Shankaraditya Sen, an ambitious Naxalite, who had once fought for the poor, later turned into a land shark. Going by the name of Shankar in his neighbourhood at the height of the Naxal movement in the 1970s, he had disappeared over a decade ago, only to resurface with a new identity — Sudipto Sen.

The protector of the poor had, over time, transformed into a money monger. As the head honcho of the Saradha Group, he has duped lakhs off poor investors. Ironically, he even met the legendary Naxalite Charu Majumdar quite a number of times and even went to prison pursuing the Naxal cause.

However, the absconding Sudipto Sen, the promoter of the chit-fund, after a 2500-km-long chase, was arrested from Sonmarg in Jammu and Kashmir with two of his associates, as per police reports.

It might be just an eyewash to throw investigators off their investigation track or a frantic attempt of a drowning man clutching at the straws, but Sudipto Sen put down everything in a tell-all letter to the CBI revealing all the details of the scam. He, in due process, also opened a can of worms – following which, he had to make a dash to save his life.

In Sen’s own words, the idea to siphon off such large amounts of money and starting a chit-fund company was sold to him by Shib Narayan Das in 2008, who was introduced to him by his drivers Ratan and Dipu.

Sen, though, admitted that the offer was quite mouth-watering. Of the total money gathered from the market, Das and his team would retain 30%, and the rest of the amount would be returned to depositors after 10-12 years at the rate of 12% per annum.

"I had to give them social protection and legal protection. I did not apply my mind because I did not have any idea about the money market," Sen wrote in the letter.

On July 8, 2008, the Saradha Realty India Ltd. was formed. Sudipto appointed Shib Narayan Das as the director and shareholder, and Subir Das was made the Marketing Head. Further, he wrote, "Truly, I did not know that the money from the people is in violation of the regulating authorities like Sebi and RBI.”

“I shall be committing suicide any moment because I am feeling helpless,” says the letter, accusing a number of powerful politicians in West Bengal, Assam, Odisha and Jharkhand of taking money from him, “using him” and “backstabbing” him.

Sparing a thought for the above-mentioned scam, one might think, why do such fraudulent schemes keep cropping up in India? What is the actual issue which comes out of it? In this jungle of scamsters and cons, what are the opportune avenues for the middle class to invest in, other than the fixed deposits in bank, gold, or the more obvious - real estate? It seems that a lack of knowledge of decent investment opportunities is one solid reason why people tend to get pushed towards these schemes. Post-office deposit scheme is one of the examples which people might invest in. This scheme may not offer huge interests or payback offers like chit-fund schemes, but surely, is a much more reliable one.

It is actually very difficult for the government to stop such high-risk Ponzi schemes, since it is the people’s own discretion to invest in such systems. But the middle class in India is increasingly finding it difficult to make sensible investments and in the dearth of choices which can provide them huge returns with small investments, fall prey to such schemes.

The ‘cheat’ fund scam of the Saradha Group in West Bengal is not new and it is not for the first time that something of this sort has happened. The ‘Stockguru’ scam or the ‘Speak Asia’ frauds have been some glaring examples. But in spite of these, newer scams keep occurring every other day. So it becomes peoples’ responsibility to understand that nobody can turn rich overnight. People should think before investing. Also, to some extent we the ‘educated’ section of the society can help out some of the needy – our domestic helpers, for example, who fall prey to such fraudulent schemes at large and then end up getting nothing, and resort to taking their own lives in agony. Who knows a small contribution can help materialise someone’s dream of experiencing a good life.