The choices in 2014 elections 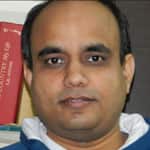 The ensuing 2014 national elections is a fascinating battle between three ideologies. First, there is the Congress ideology of keeping the Nehru-Gandhi dynasty in power or at least in a position to protect its vast interests. The dynasty does this through two ways – it keeps sufficiently large number of people poor and constantly strives to divide people into smaller and smaller sub-groups. If poverty were to really reduce, the poor would progress from looking at meeting immediate needs like the next meal and would start aspiring for medium term objectives – better education, better job opportunities, better healthcare, and so on. These are deliverables of complex governance ideas and if they become electoral differentiators, then the voters would choose the person with the best ideas, among those competing, for the job to govern them. It is impossible that the person with the best ideas in each generation would be from the same family. What does the dynasty do then? Keep a large number of people sufficiently poor, undereducated and underemployed. The dynasty can then morph into their protector by giving them right to food, right to rural employment guarantee, etc. Each of these rights is designed to fulfill the immediate sustenance requirements only. Devoid of any upward mobility, the poor are permanently dependent on doles and thus remain ready currency for the benevolent `mai-baap` dynasty.

The other thing the dynasty does is constantly divide people into smaller and smaller sub-groups, the latest decision by the Congress being to accord national minority status to the Jain community. Divided people, especially those divided over identity, invariably become antagonistic. Divided people can then be threatened in overt and not so overt ways. Promise of reservations, community specific laws, criminal laws being designed to factor in the religion of the accused and various such tools are used to keep the people perpetually divided and seed in an underlying hostility. Once this is achieved then the dynasty can position itself as the benevolent protector of different communities. Is it any surprise that despite the Congress being in power for so long, neither has poverty ended nor has social strife?

Second, there is the ideology of the Aam Aadmi Party (AAP). At its core, the ideology of AAP is not very different from the one family rule in many of the regional parties. Every principle that parties like the RJD or the SP espouse are eventually sacrificed at the altar of power. These parties are the personal vehicles of their respective supreme leaders, their only purpose being to advance the ambitions of the leader or his/her family. Therefore, a Mulayam Singh can one day tie up with Mamata Banerjee for presidential elections and the very next day ditch her and ally with the Congress as the latter was more beneficial. AAP is the personal vehicle of the ambitions of Avind Kejriwal and a very few of his aides. They will use Anna Hazare one day and unceremoniously dump him the next. They will showcase Kiran Bedi one day while talk of teaching her a lesson the next day. They will build their entire movement on a platform of anti-corruption and against the Congress regime and ally with the same party the next day. Just as Mulayam Singh is not concerned about the value of his word as long as his personal ambition is served, so are the leaders of AAP. The Samajwadi Party uses cynical secularism to advance its interests while AAP uses populist anarchy to do the same. The end goal for each is the same.

Finally, there is the ideology of the BJP led by Narendra Modi. That moment in Patna, when live bombs planted by terrorists were going off in the mega rally but Modi was exhorting people to rise above their religious and regional divides and work together for a new India, perhaps exemplifies best the new BJP under Modi. India First, in that moment, had transcended from a mere slogan to a lived reality. One can plan campaign strategies in advance but only real time crunch situations test the true mettle of a leader. An ordinary leader would have either not attended the rally or tried to convert it into a political opportunity. Modi, and indeed the entire top leadership of the BJP, chose a different path. The BJP leadership chose to take personal risks themselves, rather than cause panic in the crowd. They asked the people to unite instead of dividing them. In all his later speeches and rallies, Modi himself has not tried to politically milk an actual attempt on his life despite a strong precedence set by the Congress party.

It is this India First ideology that now transcends into a comprehensive Vision for India as enunciated by Modi in his 19th January speech at BJP’s National Council. From Rainbow of India to harness India’s unique strengths to Brand India for creating an Indian grand narrative to specific eight point development plan, the Vision laid by Modi is both comprehensive and at the same time inspiring.

As campaigning starts in full steam, it is perhaps fitting that the electorate has the opportunity to choose between such diverse options. For 2014 elections are going to be a watershed moment for India in this century. We could choose to endorse the personal ambitions of a group or anarchists or continue to repose faith in a dynasty whose sole aim is to perpetuate itself. Or we could Vote for India. The choice is ours.

Akhilesh Mishra is an experienced marketing professional, having worked in many multinational companies. He is also a volunteer for BJP`s 2014 election campaign. He tweets at @amishra77.