When humanity goes to sleep on Diwali 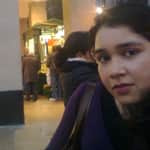 The festival of Diwali comes and goes every year, and every time it is the same old tamasha of air and noise pollution that the harmless living beings have to deal with.

By harmless beings, I mean to point out at those creatures who don’t contribute to the pollution levels such like cows, birds, and trees.

Take plants for example. Trees and plants give us oxygen without asking for anything in return. Basically, they are doing their Dharma. Similarly, the rivers and Mother Earth are doing their job of providing us with water, and other basic necessities of life. But humans were never meant to be satiated with just that.

People think that there is no ‘fun’ without bursting fire crackers at Diwali time. What I don’t to understand till date that how lighting poisonous fire crackers could be fun? It’s not rocket science to comprehend that burning crackers releases several cancer and asthma inducing gases in the stratosphere? Or do we think that we don’t have any responsibility towards the environment? If this is the case, then probably such thinkers are on the wrong boat because what goes around will come around sooner or later.

This Diwali, I witnessed the bursting of fire crackers from Choti Diwali till Bhai Dooj. And it happens every year. The next day after Diwali, I saw the entire National Capital Region engulfed in smog and the air smelt of chemicals. Clearly, it was the poisonous gases released by the fire crackers people recklessly burst on Diwali night.

What is even more shocking is the latest report by WHO International Agency for Research on Cancer which says that air pollution is a major cause of cancer in India especially in places like New Delhi, Maharashtra, Kolkata and Jharkhand. Already of the 13,000 cases of cancer reported at AIIMS in New Delhi, 10% are those of lung cancer caused by air pollution. And mind you, most of the lung cancer patients have been non-smokers. They have been breathing cancerous air all their life till the disease got the better of them. Now, isn’t this shocking enough for us to wake up from our slumber? Are we going to leave behind a legacy of polluted air and a rotting landscape for our future generations? Or are we going to wait for an NGO or the government to take up the issue in their hands and deal with the nuisance WE are responsible for?

If still we don’t budge and change our ways, there is no need for the Almighty to bring about Cosmic Dissolution because man has sealed his own fate. We are digging our own graves by polluting the life giving air, littering garbage everywhere on the ground and choking the rivers with sewage. Isn’t it?

It is up to the humans to figure out whether or not they are ready to accept the grave folly and take measures to undo the fault in whatever way they can. A few baby steps in the good direction are needed first. First, understand simple joys that things like lighting up lamps, beautifying homes, dressing up in fine clothes and relishing good food with loved ones brings in for you and your family. Second, putting a ban on fire crackers and being critical of the usage of fireworks is another effective control measure.

And most importantly, people should imbibe the attitude of humble debtors, rather than being arrogant creditors. We owe a lot to this environment, to the earth that nourishes us.