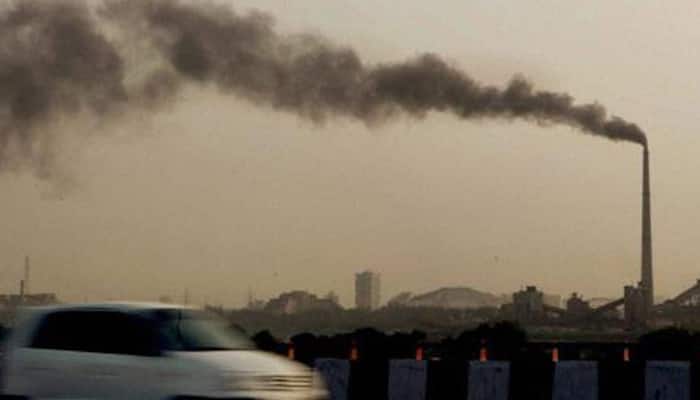 The holy city of Varanasi has Indias most toxic air, and many north Indian cities are recording worse air-quality than Delhi, according to a new report in which IndiaSpend is a collaborator.

In 2015, the north Indian cities of Varanasi and Allahabad had no days (of 227 and 263 monitored, respectively) with good air quality - when the average levels of fine, toxic dust called PM 2.5 was below national air quality safe levels - according to the report, which bases its findings on the Central Pollution Control Board`s (CPCB`s) 2015 data released in June, 2016.

"Varanasi Chokes", by the Centre for Environment and Energy Development (CEED), IndiaSpend and Care4Air, used the national safe standard for particulate matter under 2.5 microns in size (PM 2.5), 60µg/m³, or microgram per cubic metre. The national safe level is two-and-a-half times more relaxed than the World Health Organisation (WHO) standard of 24-hour average of 25µg/m³ for PM 2.5.

The report seeks to illustrate how most public attention is focussed on Delhi while other North Indian cities report air-quality levels as bad or worse than the national capital.

PM 2.5 is fine particulate matter about 30 times finer than a human hair. These particles can be inhaled deep into the lungs, causing heart attacks, strokes, lung cancer and respiratory diseases, and are known to pose the greatest risk to human health. Their measurement is considered to be the best indicator of the level of health risks from air pollution, according to the WHO.

Varanasi not among WHO list of cities with worst air, but Indian agency says it among three worst

In 2016, the WHO`s list of 20 most polluted cities in the world featured 10 from India, with four of the worst - Allahabad, Kanpur, Firozabad and Lucknow - in UP. While Varanas is not on the WHO list, the Prime Minister`s constituency is one among India`s three most polluted cities, according to a 2015 CPCB bulletin.

The CPCB has three air-quality monitoring stations in Varanasi - only one of which can measure PM 2.5 levels, while none provides an air quality index (AQI), a composite marker of various pollutants. In comparison, Delhi has 13 online air-quality monitoring stations measuring both PM 10 and PM 2.5 levels with a composite AQI score available every day.

"Varanasi needs a surgical strike on air quality. Child specialists, when consulted, have concluded there has been an eightfold rise in the respiratory ailments in the city and have cited the rising air pollution levels as the key cause," said Aishwarya Madineni, an independent researcher and author of the report.

"Industry and power plants are not the only sources. Biomass burning (seasonal), household emission (biofuel), vehicular emission, brick kilns, DG sets etc have also large contribution to air pollution in the Indo-Gangetic region," said Sagnik Dey, assistant professor at the Indian Institute of Technology (IIT) Delhi`s Centre for Atmospheric Sciences, speaking at an air quality workshop, held in Varanasi to mark the release of the report.

"Varanasi does not have a comprehensive action plan on air pollution. Immediate steps need to be taken to curb air pollution," said Ekta Shekar, Care4Air chief campaigner. "This action cannot be in isolation - cities and states need to work together to formulate a regional action plan to improve air quality."