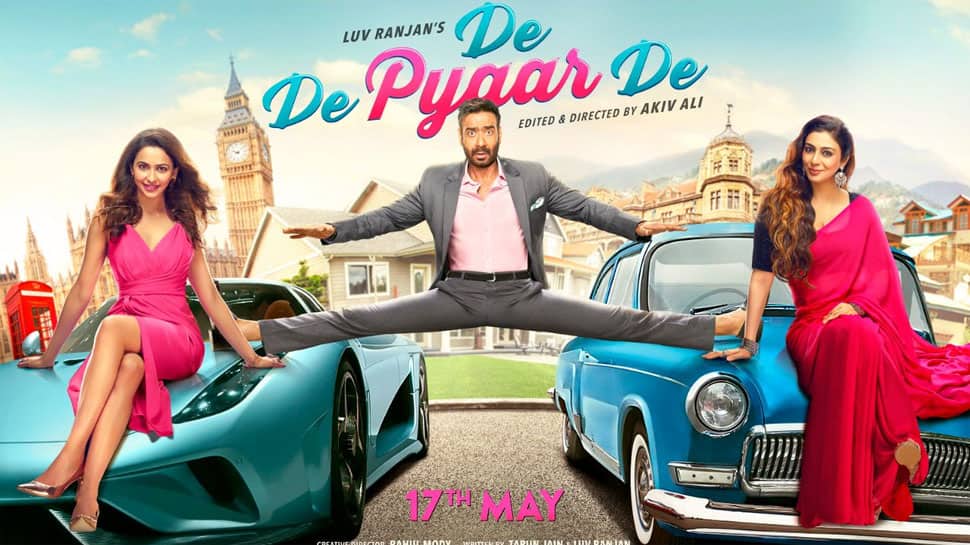 New Delhi: The much-hyped upcoming romantic comedy starring Ajay Devgn, Tabu and Rakul Preet Singh is set to open in theatres on May 17, 2019. Ahead of its release, the makers have unveiled a new poster on social media.

Renowned movie critic and trade analyst Taran Adarsh took to Twitter and shared it with the fans. He wrote: “All set for 17 May 2019 release... New poster of #DeDePyaarDe... Stars Ajay Devgn, Tabu and Rakul Preet Singh... Directed by Akiv Ali.”