'Atrangi Re' went on floors in March this year before the nationwide lockdown was imposed. 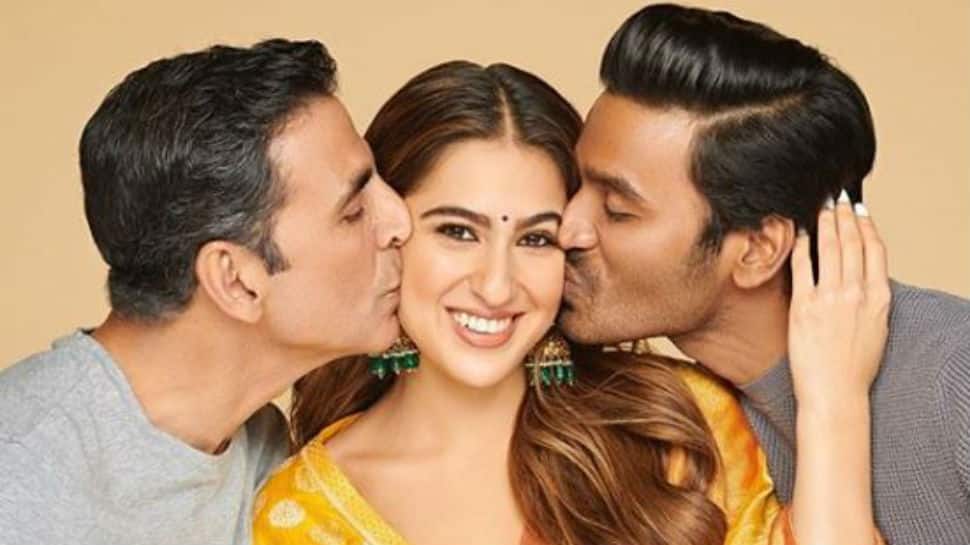 New Delhi: Making headlines ever since its announcement is ace filmmaker Aanand L Rai's much-anticipated film 'Atrangi Re'. It features superstar Akshay Kumar with Sara Ali Khan and South star Dhanush. The film went on floors in March this year before the nationwide lockdown was imposed. While the first schedule of 'Atrangi Re' was shot in Varanasi, the makers have now planned to begin the second shoot schedule from October in Madurai.

UPDATE... #AkshayKumar, #Dhanush and #SaraAliKhan... #AanandLRai to commence second shooting schedule of #AtrangiRe from Oct 2020 in #Madurai... Music by #ARRahman... Here's a glimpse from the film... pic.twitter.com/Eq2TEFD1Ra

Taking note of the increasing coronavirus cases in the country, Aanand L Rai and the entire team decided to not resume the shoot immediately for everyone's safety. The second schedule will be shot for three months in three different locations - Madurai, Delhi and Mumbai.

Aanand L Rai said, “During this lockdown, I've taken out a lot of time to prep up for the upcoming schedules of Atrangi Re. I'm really excited to start the next schedule which is planned to happen in Madurai October onwards and then with Akshay for a month in Delhi and Mumbai, with all the safety precautions of course."

This is the first time Aanand will be directing Akshay Kumar. It is being said that the superstar will be bringing something new for the audiences with 'Atrangi Re'. In Akshay’s own words - "a special role that my heart just couldn’t say no to".

AR Rahman will compose music for the film and the lyrics will be by Irshad Kamil. Presented by T-Series, Colour Yellow Productions and Cape of Good Films, 'Atrangi Re' is written by Himanshu Sharma.

'Atrangi Re' is scheduled to hit the screens on Valentine's Day 2020.

Kargil Vijay Diwas: Let's take a look at the Bollywood films based on Kargil War