Both Aamir and Akshay are among the most bankable actors in the Hindi film industry with a very high success rate. It would be interesting to see who wins the Box Office battle when the two stars clash on the ticket window. 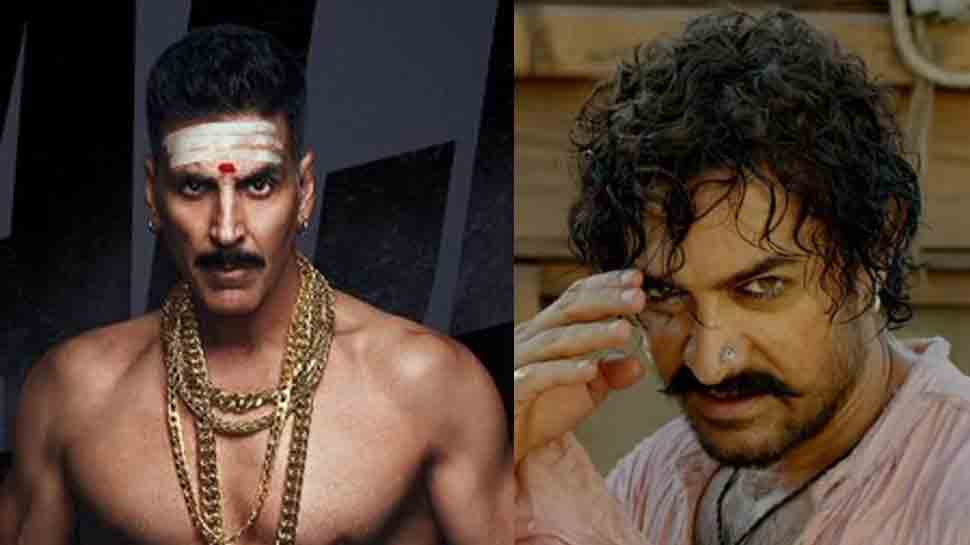 New Delhi: Actor Akshay Kumar on Friday announced his next project, titled 'Bachchan Pandey' and dropped a poster of the film, which attracted a lot of eyeballs. Akshay is seen in a black lungi, gold chains around his neck, a nunchuck in his hand and with vibhuti and kumkum on his forehead. He is sporting an intense expression and his look appears to be inspired from down South.

"Coming on Christmas 2020! In & As #BachchanPandey In #SajidNadiadwala’s Next, directed by @farhad_samji," wrote Akshay on Twitter.

The announcement came as a surprise for Akki's fans with some calling it fabulous while others terming it as 'blockbuster'.

The actor revealed that the film will hit screens on Christmas 2020, which means it will face a clash with Aamir Khan's 'Laal Singh Chaddha'. It may also lock horns with Ajay Devgn and Ranbir Kapoor starrer Luv Ranjan film.

Film critic and trade analyst Taran Adarsh today confirmed the clash. He took to Twitter to share the news tweeting, "The clash is CONFIRMED... Aamir [#LaalSinghChaddha] vs Akshay [#BachchanPandey]... #Christmas 2020."

The clash is CONFIRMED... Aamir [#LaalSinghChaddha] vs Akshay [#BachchanPandey]... #Christmas 2020.

'Laal Singh Chaddha' is produced by Aamir Khan Productions and Viacom18 Motion Pictures. The film has been written by actor Atul Kulkarni and directed by 'Secret Superstar' helmer Advait Chandan. It's a remake of Hollywood classic 'Forrest Gump'.

On the other hand, not much is known about Bachchan Pandey yet except that it’s produced by Sajid Nadiadwala and directed by Farhad Samji.

Both Aamir and Akshay are among the most bankable actors in Bollywood with a very high success rate. It would be interesting to see who wins the Box Office battle when the two stars clash on the ticket window.

He will also be seen in 'Laxmmi Bomb' with Kiara and is all set to make his web-series debut with 'Fire'.