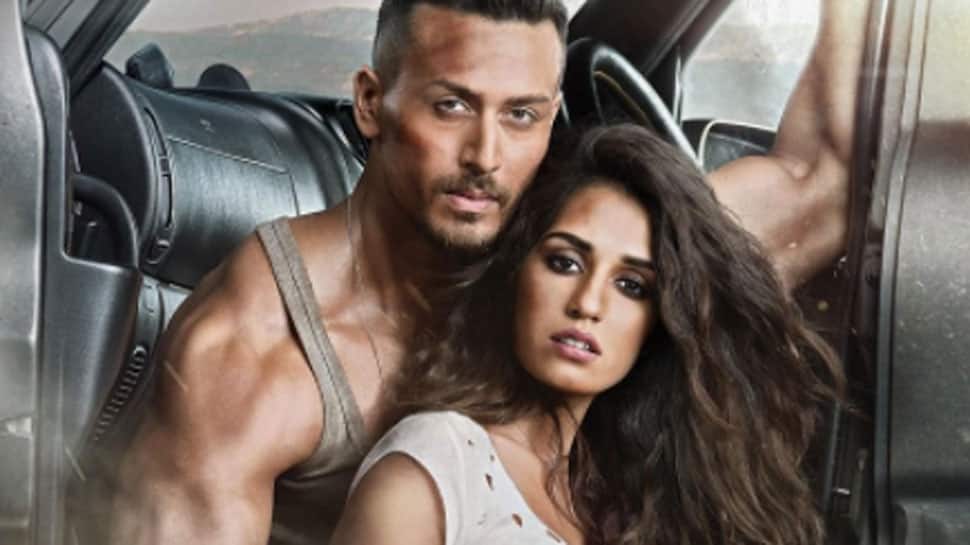 Tiger Shroff is synonymous with sleek dance moves and kickass action. His fans will be in for a treat to watch a number of his shirtless moments on the 70 mm screens where he is flexing his muscles and breaking bones like a professional. This is 'Baaghi 2' which is loaded with action and drama but it is the badly written script and lousy direction by Ahmed Khan which makes it a drab affair.

'Baaghi 2' is the sequel to 2016 release by the same name 'Baaghi' starring Tiger and Shraddha Kapoor. In 'Baaghi 2', Tiger plays an Army jawan Ranveer Pratap Singh aka Ronnie who is tough on criminals and is seriously blessed with an iron body (because, bullets don't kill him, okay!). We are shown how he gets the better of terrorists in Kashmir and ensures to protect the national pride of the flag intact.

Also, he has a personal life. Period.

Flashback mode on, and college romance between Ronnie and Disha Patani aka Neha begins. The sweet girl meets a boy, falls in love, songs, romance and daddy dangerous—all of typical Bollywood masala elements enter. No, it's not these which is a problem but the execution which irks the viewer.

Tiger keeps a flat face throughout the film, maybe because he is an Army man and is supposed to have a particular posture but it kind of looks made-up at times. Although, Tiger shines in his comfort zone where he single-handedly crushes the enemy like a nut and packs a powerful punch. He emerges as a desi Rambo in rebel avatar. He is on a mission to find Disha's daughter named Rhea but the search entangles him more makes the plot look like a jigsaw puzzle with no answer.

Disha's character is infused with so much confusion that as a viewer I am totally perplexed about why she did what she did at the first place (No, I am not revealing the twist, here). The chemistry between Tiger and Disha is believable and looks good but more stress should have been on a tighter script. Disha looks easy breezy as Neha.

Let's come to the saving grace of 'Baaghi 2'. There are 3 class actors of Indian cinema in one frame—Manoj Bajpayee, Randeep Hooda and 'Pappi ji' Deepak Dobriyal—who make this a watchable outing.

They have brilliantly played their parts in whatever limited screen time. Also, Pratiek Babbar has aced his part as a drug addict in Goa. He is a fine actor who now needs to get hold of an author-backed script.

The dialogues by Hussain Dalaal are heavy-duty and will stay with you. For the much talked about 'Ek Do Teen' number by Jacqueline Fernandez—let's not get into that. Easily, could have been avoided!

You can watch 'Baaghi 2' this weekend only to think whether the makers should actually come up with the recently announced 'Baaghi 3'?