Check out the logo 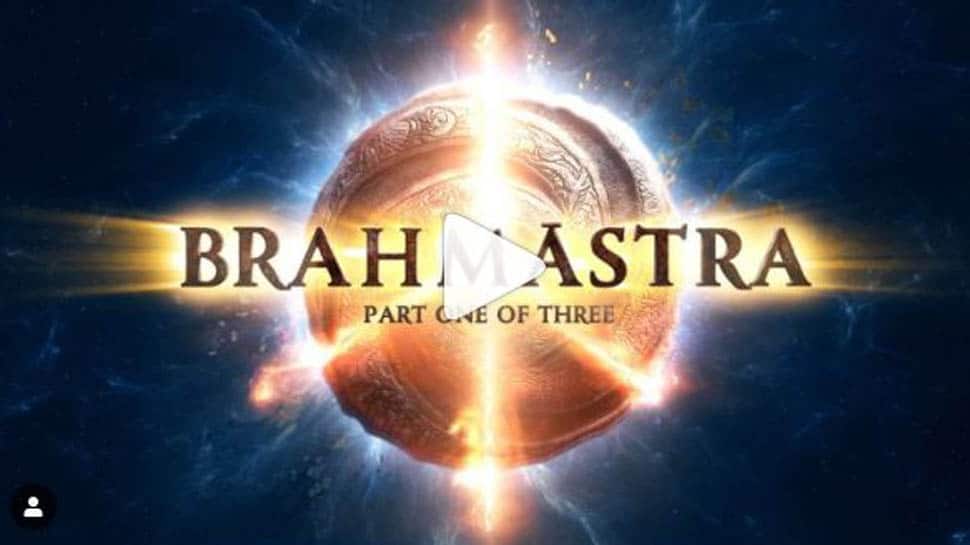 New Delhi: Bollywood actors Alia Bhatt and Ranbir Kapoor unveiled the logo of the much-awaited film of the year, Brahmastra in Kumbh. The logo launch was not like the usual launches, it was as special as the movie promises to be.

The logo was unleashed in the sky using 150 drones. It was never seen before experience for the onlookers. Ranbir, Alia too couldn't stop cheering as the drones showcased different formations before finally unravelling the most powerful logo ever created in the history of Bollywood.

Just a day after the event at Kumbh, team Brahmastra revealed the magnanimous logo of Brahmastra on Wednesday. The seconds-long video opens with Ranbir asking about the most powerful weapon to Amitabh. He then explains to him about the 'god of all weapons', which is called Brahmastra.

Ayan, who is the creative brain behind the film, took to share the making of the logo and wrote, “It’s been a long long time since the Brahmāstra journey began... The movie was called Dragon in those days... I had no idea what VFX was but had dreamt up a movie full of it... I had long strange hair... There have been so many milestone memories and discoveries for me through this ride, that sharing them with whoever is listening on Instagram is as much about connecting the dots for myself... Here is the first really simple concept art we made for the movie... but about something that is at the very heart of it... Fire .”

The makers unveiled the logo on the auspicious day of Mahashivratri and also disclosed the names of Ranbir and Alia's characters in the film.

Ranbir, Alia too were spotted making the most of their time together. Their PDA gave us major relationship goals.

The Ayan Mukerji directorial is the first part of a trilogy. It is slated to hit the screens around Christmas 2019.