The Delhi High Court on Thursday adjourned till August 13 a plea seeking postponing of the release date of the Hindi film "Batla House". 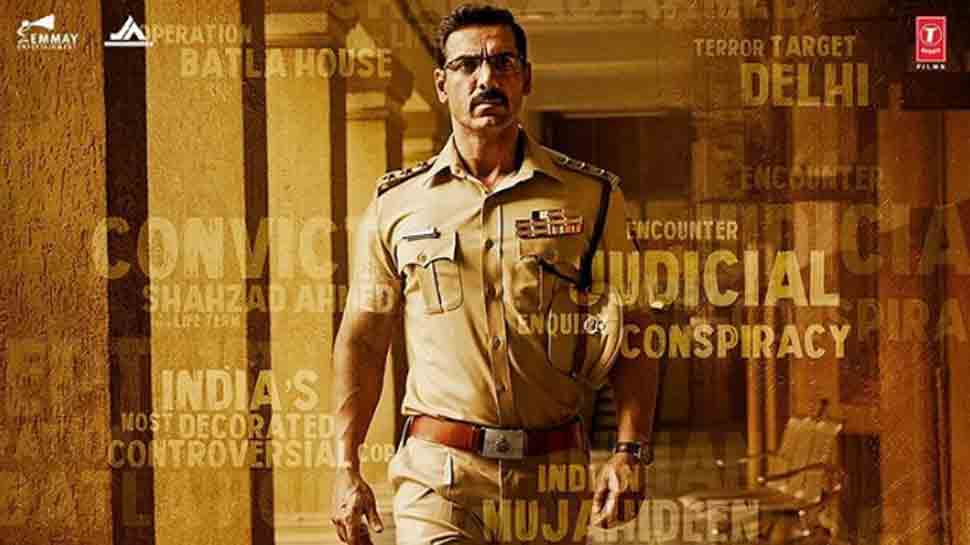 New Delhi: The Delhi High Court on Thursday adjourned till August 13 a plea seeking postponing of the release date of the Hindi film "Batla House".

A single judge bench of Justice Vibhu Bakhru asked the petitioner to file an additional affidavit highlighting the relation between the scenes in the movie and those accused in the case.

"If it (film) has the propensity to affect the trial, then the release has to stay," the court observed.

While advocate Nitya Ramakrishnan is representing the petitioner (the two accused in the encounter), advocate Neeraj Kishan Kaul is appearing for the film producers.

The court was hearing a petition filed by accused Ariz Khan and Shehzad Ahmad.

The plea stated that the poster and promotional videos of the movie claimed that the sequence of events in the movie were inspired by true events, creating an impression that the film depicted the true account of what happened at Batla House.

"Although the courts discharge their duties in a free and fair manner and are not likely to be affected by events portrayed in a movie..., the release of such a movie would prejudice the outcome of the trial," the plea said.

"... the events portrayed in the film will prejudice the concerned trial especially as there has been an effort to connect the two incidents -- Batla House and the Delhi serial bomb blasts," the plea added.

Directed by Nikkhil Advani, "Batla House" is inspired by the alleged police operation of 2008 that took place in a building of that name in south Delhi in the wake of the serial blasts in the national capital.