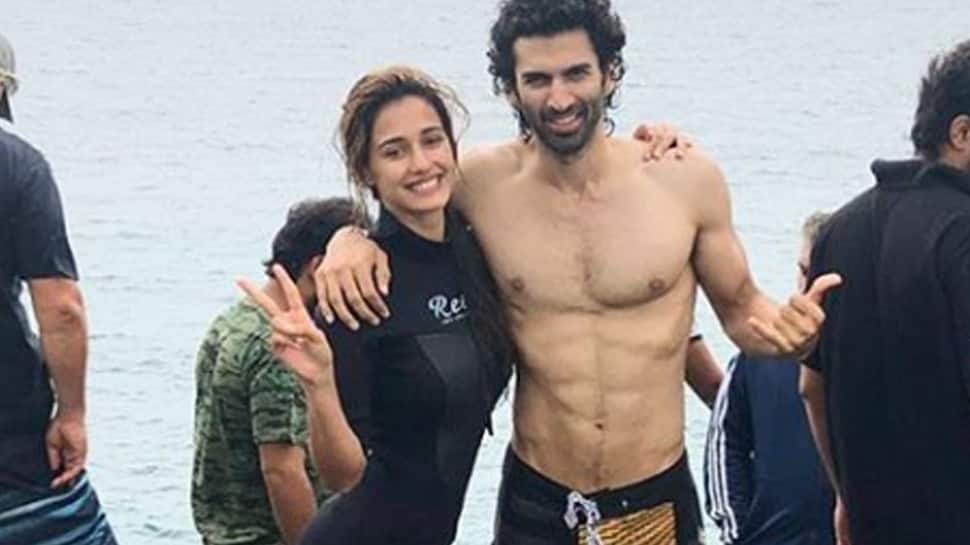 New Delhi: Bollywood actress Disha Patani is busy shooting for her upcoming film 'Malang' in Mauritius. The film also stars Anil Kapoor, Kunal Kemmu and Aditya Roy Kapur. The film is a revenge drama and was announced in March this year.

Disha took to Instagram and shared a behind the scenes picture with Aditya, captioning it as, “Training for something special #malang”

We wonder what the duo is training for! From the pic, it looks like a water sport of some sorts.

'Malang' is being directed by Mohit Suri and is produced by Bhushan Kumar, Luv Ranjan, Ankur Garg and Jay Shewakramani.

The film is slated to release on Valentine's Day 2020.

Disha will also be seen in Salman Khan and Katrina Kaif's 'Bharat'. She plays a trapeze artist in the film which is slated to release on June 5.

Expectations are quite high from 'Bharat' as some of the most talented actors of the industry at a part of the film.

With films like 'Bharat' and 'Malang' in her kitty, we wonder what Disha will bring to the silver screens.