The film is inspired by the rappers from the slums of Dharavi in Mumbai. 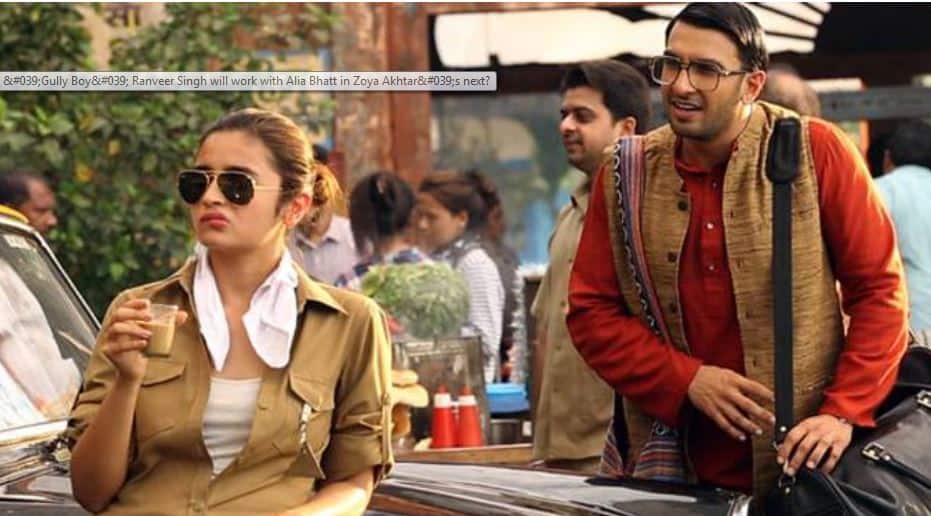 New Delhi: The first look of 'Gully Boy', that will the see the fresh on-screen pairing of Ranveer Singh and Alia Bhatt, is out. The movie will hit the screens on February 14, 2019.

Though both Ranveer and Alia seemed excited about making the announcement, in the first look of the film, the duo appeared to be serious or rather upset.

'Gully Boy' is inspired by the rappers from the slums of Dharavi in Mumbai. Ranveer, who is paired opposite Alia for the first time on the big screen, essays the role of a street rapper in the film. The film also stars Siddhant Chaturvedi, Vijay Varma and Kalki Koechlin in pivotal roles.

Alia too appears in a de-glam avatar with her head covered with a stole. In addition, minor scars are also visible on her face. According to a report, the film required the usually happy and chirpy Alia, as what she is known to be, a lot of research, homework and prep work.

The actress had recently shared a photo on her Instagram account where she is seen occupied reading a script. She captioned the photo as, "The party is where the script is. Gully boy and Brahmastra prep time? #bestkindatime."

The party is where the script is. Gully boy and Brahmastra prep time #bestkindatime

The project being helmed by Zoya Akhtar.