Since last week, Vishwa Hindu Parishad (VHP) has been threatening the superstar over the name of the film. According to them, Loveratri is distorting the name of Navaratri, one of the most important Hindu festival. 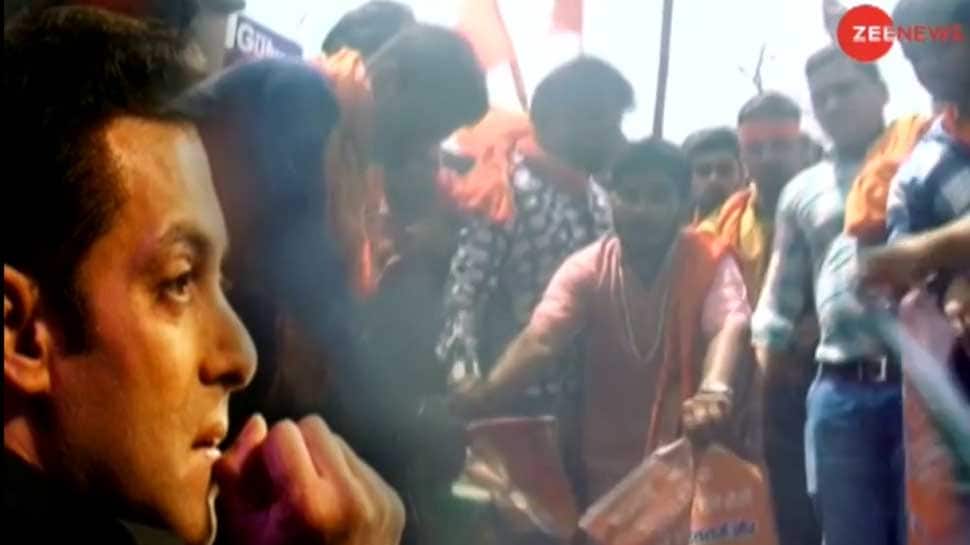 NEW DELHI: In a fresh trouble to Bollywood actor Salman Khan, Hindu groups in parts of North India have been protesting against his upcoming home production 'Loveratri'. Loveratri, a Salman Khan Films production, has sparked a controversy even before its release. The film is debuting his brother-in-law Aayush Sharma.

Since last week, Vishwa Hindu Parishad (VHP) has been threatening the superstar over the name of the film. According to them, Loveratri is distorting the name of Navaratri, one of the most important Hindu festival.

Another organisation Hindu Hi Aage has recently joined the protest announcing a reward to anyone who thrashes Salman. The Agra unit head of the organisation, Govind Parashar, declared a reward of Rs 2 lakh to whoever thrashes the actor in public. The Hindu Hi Aage leader further appealed to the Censor Board to ban the film.

The members of Hindu Hi Aage set posters of Salman Khan movies on fire and raised slogans against Lavoratri. Known as Bollywood's controversy king, Salman has many a time landed into controversies and faced several criticisms.

Navratri is a nine-night festival for the worship of nine avatars of Goddess Durga. The festival is marked with revelry across various parts of the country and is particularly famous in Gujarat.

'Loveratri', which is said to have a backdrop of Gujarat, is slated to be released on October 5 this year, around the same time when Navaratri would be celebrated.

A number of movies in the past have faced opposition from VHP and other organisations over one or the other issue and some of them had to go for a new name, besides other changes. Deepika Padukone-starrer Padmavati had to change its name to Padmaavat.

The 52-year-old star took to Twitter in December last year to make the announcement of the project, which will be the fifth film under his banner, Salman Khan Films.