The film was earlier slated for a January 25 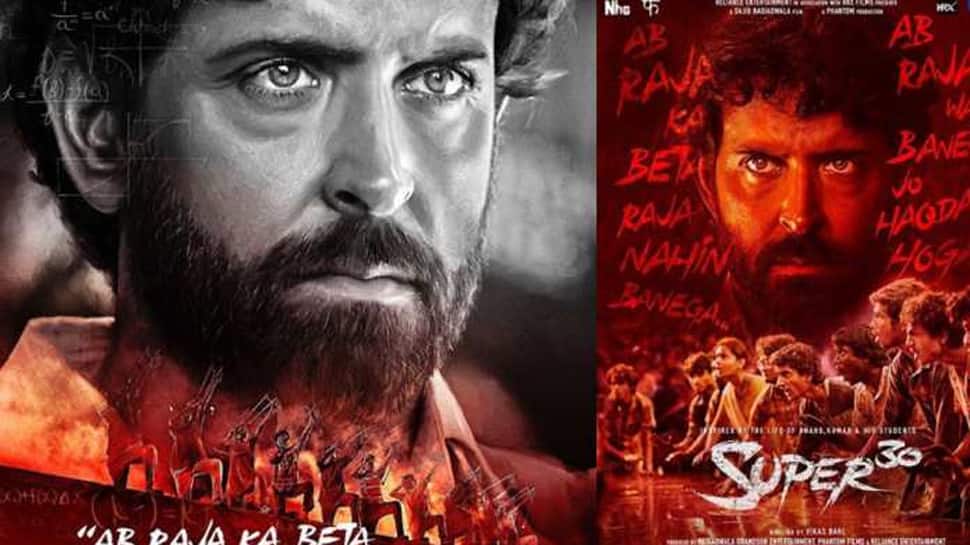 New Delhi: Hrithik Roshan starrer 'Super 30' has been high on buzzword ever since it was announced. The film is was earlier reported to be based on the life of a math teacher who helped his students hailing from the backward section of the society crack the prestigious IIT examination. However, after the mathematician got accused of fraud results in 2018, the makers reportedly decided to not call their film a biopic anymore.

The first look posters of  the film were unveiled in September last year and took the internet by storm. Hrithik has completely transformed himself for his role and his look took us all by surprise.

The actor took to Twitter on Saturday to announce the release date of the film.

The film was earlier slated for a January 25 release but the date has been postponed.

The film has been in a state of flux ever since director Vikas Bahl was accused of sexual misconduct.

Learning about allegations on Bahl, Hrithik had written on Twitter, "It is impossible for me to work with any person if he/she is guilty of such grave misconduct. I am away and have access to only sporadic information. I have requested the producers of 'Super 30' to take stock of the apparent facts and take a harsh stand if need be. This is not to be hushed or brushed under the carpet. All proven offenders must be punished and all exploited people must be empowered and given strength to speak up."