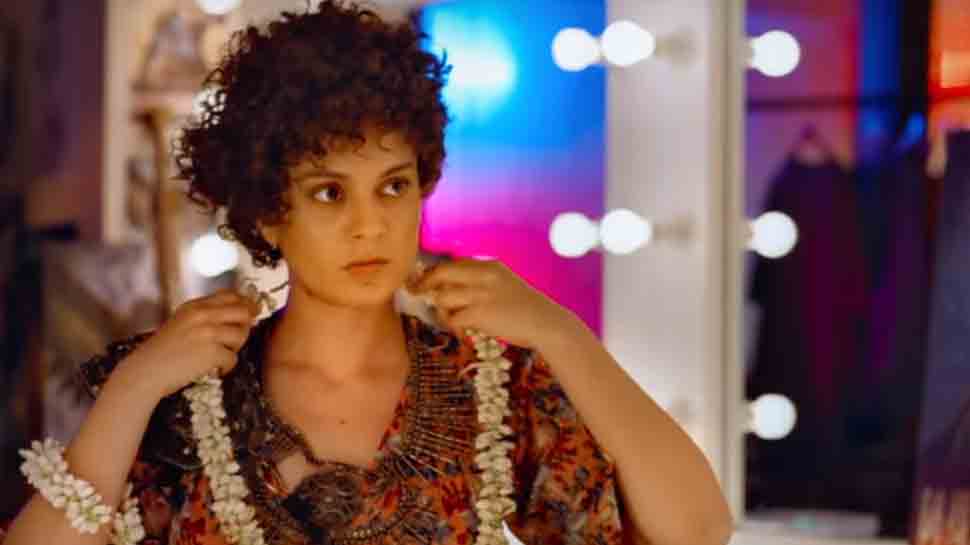 Kangana's team shared a dialogue promo on Instagram, writing, "This battle is about to unfold. Find out who will get exposed on 26th July! #TrustNoOne."

Kangana and Rajkummar play Bobby and Keshav respectively in the black comedy and the latest dialogue promo is all wacky, very much like the film's trailer.

Needless to say, the battle continues between the misfits, who have been embroiled in a murder mystery. Keshav appears to have had enough of Bobby and is seen talking to someone, saying "someting unsual happens everytime she goes somewhere." In another sequence, he is seen getting infuriated to the point that he challenges Bobby, unequivocally saying, "I will become bigger mental than you are."

Kangana, who is clearly unstable, is adamant on taking Keshav and exposing him. "I am Sita. Raavan is not following Sita but it's Sita who is following him," she quips in one of the scenes. Unfortunately, Kangana, known for her acting prowess has only one dialogue in the latest promo.

Watch the promo below:

It Chapter Two trailer: Pennywise returns to give us sleepless nights of terror—Watch