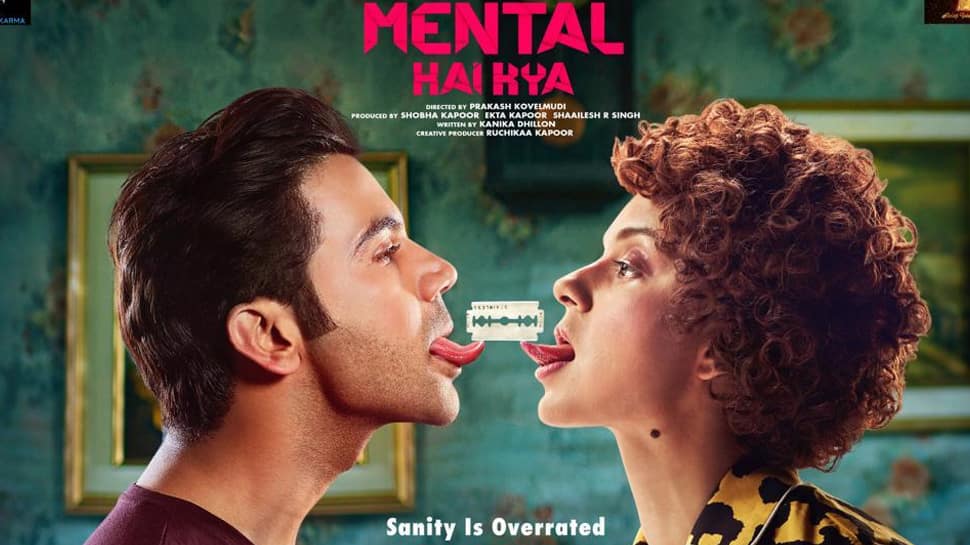 New Delhi: After the release date of Kangana Ranaut-Rajkummar Rao starrer Mental Hai Kya was shifted from June 21 to July 26, it was being speculated that  Kangana deliberately clashing her film with Hrithik Roshan's Super 30 which is also scheduled to release on July 26.

However, now the makers have outrightly denied all such rumours.

Taking to Twitter, Ekta Kapoor, the producer of the film wrote, "To whomsoever, it may concern, A lot is being reported about Mental Hai Kya clashing with another film at the box office on 26th July. The shift in the release date is a decision taken after recommendations from the distributors, trade analysts and a top research team, keeping in mind the other releases a week before and after this date. We have thus been advised to shift the release of our movie to 26th July, purely for business prospects. On knowing that there is already a movie scheduled for a release on that date, we did everything in our purview to ensure the other parties that there will be no mudslinging and it will be a dignified release. We stand by assuring that to all other parties. This is a call taken by Ekta Kapoor's Balaji telefilms considering better prospects for the movie at the box office. Balaji Telefilms' condemn the reports being circulated and would like to state that Mental Hai Kya will be releasing on 26th July to ensure better business growth and prospect for the film."

It has been backed by Balaji Motion Pictures. The psychological thriller is being produced by Ekta Kapoor and is directed by Prakash Kovelamudi.