Malaika Arora out and Kareena Kapoor in from Salman Khan-Arbaaz Khan's Dabangg 3?

As per reports, Kareena has replaced her BFF and Bollywood diva for a special dance number in Salman Khan's 'Dabangg 3'. 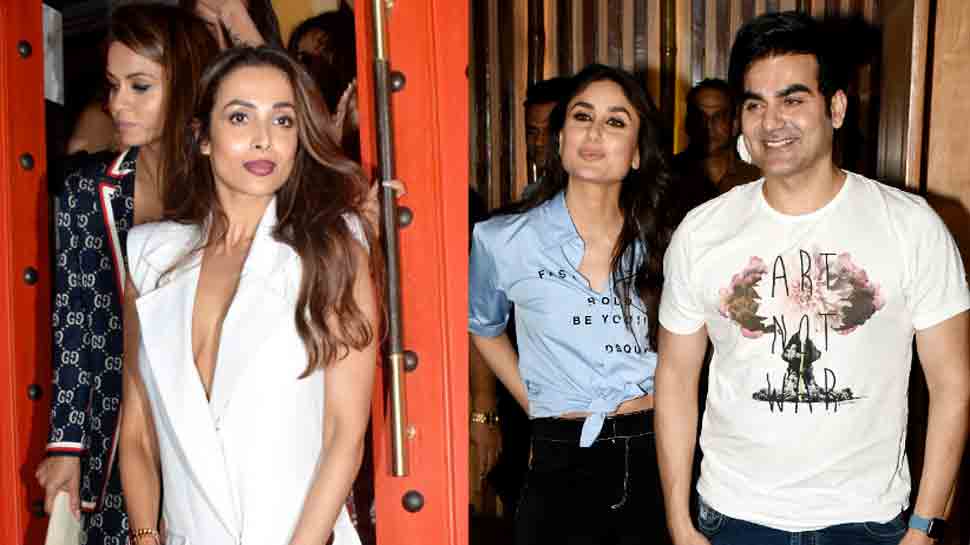 New Delhi: New Delhi: Salman Khan's 2010 blockbuster 'Dabangg' clocked eight years in September 2018 and this was when Khan along with his co-star Sonakshi Sinha announced the third installment of the hit franchise. While 'Dabangg' was helmed by Abhinav Kashyap, 'Dabangg 2' was directed by Arbaaz Khan.

Reports are there that for the third installment, Khan has roped in Prabhudeva to step into the director shoes. Salman and Prabudeva worked together in 2009 film 'Wanted' which went on to become successful at the Box Office. In fact, the success of the film helped Salman began the second inning of his career.

Talking about the item numbers, both 'Dabangg' and 'Dabangg 2' had special dance numbers performed by Malaika Arora and Kareena Kapoor Khan, which went on to become quite popular. And since, the makers are all set to launch the third installment of the hit 'franchise', we hear that they have once roped in their 'Fevicol' actress for a special dance performance in the film. In fact, Kareena was recently spotted with Arbaaz at Juhu just a few days ago and we wonder, if the meeting was all about business!

Yes, reports are rife that Arbaaz, who is bankrolling the film, has approached Kareena with an offer. While Malaika's 'Munni Badnam Hui' track was also a rage among the audience, the actor-filmmaker decided to stick to Kareena for the dance number since his equations with Malaika are no longer the same.

Several reports have also claimed that apparently Salman is miffed with Malaika due to her relationship with Arjun Kapoor and has reportedly stated that he doesn't her to be associated with his film or his family in any manner. The superstar has also vowed to never work with Arjun and his father Boney in future.

The film starring Salman and Sonakshi Sinha in lead roles will go on floors in March this year.

In the meantime, Salman is currently wrapping up the last schedule of Zafar's 'Bharat'. The shooting is currently being held in Mumbai. The film also features Katrina Kaif, Disha Patani, Sunil Grover, Aasif Sheikh in pivotal parts. The venture is produced by Salman's brother-in-law Atul Agnihotri.