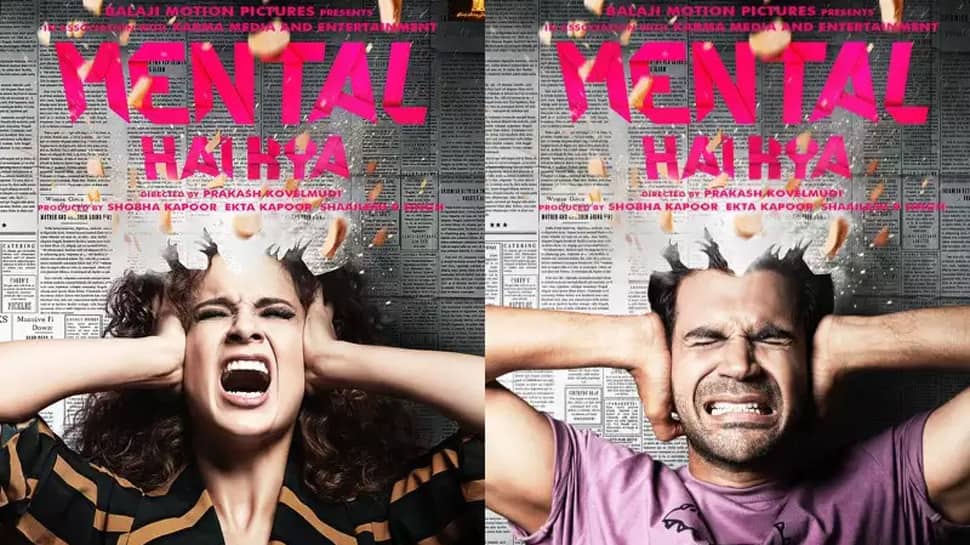 New Delhi: Kangana Ranaut and Rajkummar Rao starrer 'Mental Hai Kya' had sparked the audience's interest with its quirky first look posters. The film promises an intriguing ride through the posters and nothing much has been revealed about it until now. As per reports, the film, which was initially supposed to release on March 29, will now release in the month of May.

Mid-Day reports that Kangana asked the makers of the film to push the release date of the film. A source revealed to Mid-Day that after release of Manikarnika (which is still running in theatres), Kangana wanted to space out her next film.

“Mental Hai Kya was coming exactly two months after Manikarnika's release, which implied that she would have to immediately dive into the film's promotions. She requested the makers for a breather as the period drama had taken a toll on her.", added the source.

However, an official confirmation from 'Mental Hai Kya' team is still awaited.

Talking about 'Manikarnika', the period-drama sent cash registers ringing the moment it hit the screens. Kangana plays the valiant Queen Laxmibai in the film and has been lauded for her performance.

Shah Rukh Khan to team up with Akshay Kumar for a film? Here's what we know