"Bhangra Paa Le" was obviously trying to make the oft-stated point that the power of any art -- in this case, dance -- transcends every divide. For that to come across, the film needed solid music to back the psychedelic dance performances. 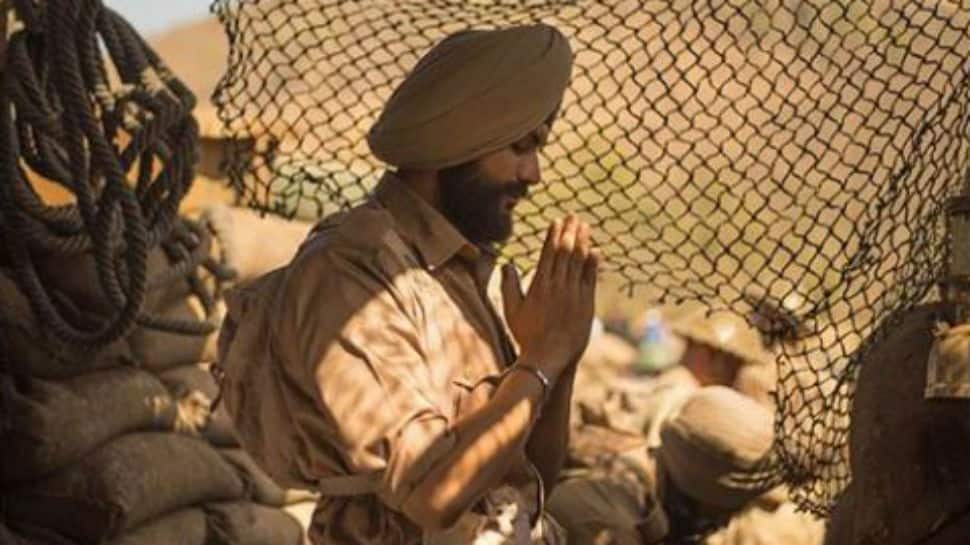 A couple of high-energy dance sequences are not surprisingly the only highlights of this film, which tries rolling in basic dance flick formula with a coming-of-age storyline, a hint of the battle of the sexes, the usual mush and melodrama routine, and an absolutely forced undercurrent of nationalism.

The trouble with "Bhangra Paa Le" is you have seen all of the above once too often – at times in the same package, as well as separately in Hindi films. The film has no USP, unless you count the fact that it marks the entry of Vicky Kaushal's brother Sunny Kaushal into the realm of commercial Bollywood films.

Honestly, Sunny and his debutant co-star Rukshar Dhillon would seem like the only reasons why you might find the film somewhat endearing. The greenhorn actors are earnest in their efforts -- especially in the dance sequences -- as an otherwise predictable film ambles along.

Sunny plays Jaggi, the local dancing star of an Amritsar college. He dreams of winning a major dance contest that will take him to London. For that to happen, his troupe needs the perfect female lead dancer. He spots one instantly when he sees the free-spirited Simi (Rukshar Dhillon) on the dancefloor. Although sparks fly, there is a catch: Simi belongs to a rival college, and she would never collaborate with Jaggi. Sunny and Simi may like each other, but neither will back out from giving the other tough competition in a contest for dance supremacy.

Jaggi and Simi's story moves on an expected track and is punctuated by a flashback subtext, about his grandfather. Unfolding in India of 1944, we are introduced to Jaggi's grandfather (Sunny in a dual role) in the trenches of war. Kaptaan, as Jaggi's grandfather was fondly known to all, loves to break into a bhangra, but he is thrown into a cruel world of violence. Kaptaan's love affair with the friendly ‘pind' beauty Nimmo (Shriya Pilgaonkar) takes up significant narrative space.

Essentially, Dheeraj Rattan's script tries blending the power of romance and the magic of dance. It would have worked if the story had a few original ideas to prop up the ongoing drama. Stock situations that carry the story forward fail to hold interest after a while, particularly because the film lacks interesting plot points and twists.

Sunny Kaushal is a natural in his starring role, living up Jaggi's coming-of-age vulnerability as well as his fleetfooted dancing skills. If it weren't for the half-baked characters they get to play out, both Sunny and Rukshar -- as well as Sunny and Shriya in the film's other romantic track --would have perhaps scored sizzling chemistry.

"Bhangra Paa Le" was obviously trying to make the oft-stated point that the power of any art -- in this case, dance -- transcends every divide. For that to come across, the film needed solid music to back the psychedelic dance performances. Unfortunately, despite flaunting GenNow talent as JAM8, Rishi Rich, Yash Narvekar and A. Bazz as composers, the soundtrack fails to come up with a single number that stays with you after the film has ended.