Netflix on Tuesday announced five new original series, exploring the worlds of deadly zombies, scary gangsters, stand-up comics and daring friends, in a bid to tell diverse Indian stories and reach out to the domestic market in a more aggressive way. 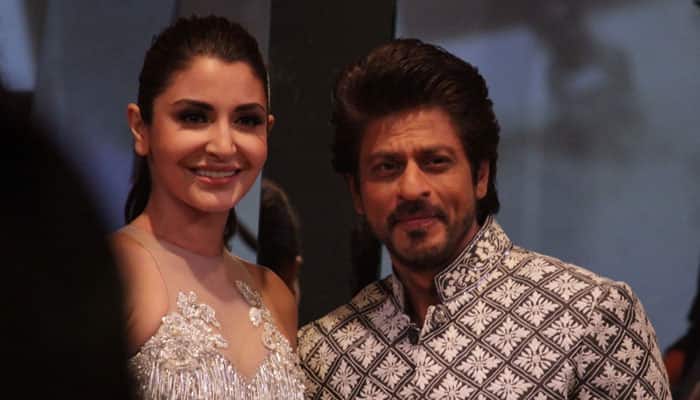 New Delhi: American streaming giant Netflix is expanding its India slate of original series, and focus on domestic talent is high on its priority list. After the much-anticipated launch of "Sacred Games season two" on August 15, the digital entertainment site has content in store over the next months that flaunts Bollywood biggies such as Shah Rukh Khan and Anushka Sharma.

Netflix on Tuesday announced five new original series, exploring the worlds of deadly zombies, scary gangsters, stand-up comics and daring friends, in a bid to tell diverse Indian stories and reach out to the domestic market in a more aggressive way.

"Bombay Begums", created, written and directed by Alankrita Shrivastava, will follow the journey of five women in contemporary urban India, who wrestle with desire, ethics, personal crises and vulnerabilities to own their ambition. Shrivastava feels "Bombay Begums" is an attempt to tell a story about the lives of urban Indian women with honesty.

"I hope women --- and maybe some men --- can connect to this story, no matter what their background, because maybe we are all trying to find ourselves and our place in this world," she said.

Another project that has raised curiosity is the Anushka Sharma-backed "Mai", which will tell a tale of a 47-year-old docile wife and mother, who finds herself sucked into a vortex of violence, power, white collar crime and politics following a personal tragedy.

"Mai" is executive-produced by Anushka and Karnesh Sharma's Clean Slate Films and written by Atul Mongia along with Tamal Sen and Amita Vyas. Sudip Sharma is a creative producer.

With the project, Anushka is looking to disrupt the kind of content the audience normally consuming.

"'Mai' is an exciting work of fiction that tells the story of a middle-class Indian woman who leads a double-life of a don. At a time when audiences globally are appreciating differential content, 'Mai' will hopefully intrigue them and entertain them thoroughly," said Anushka.

Bollywood superstar Shah Rukh Khan makes a grand entry into the digital space with the spy saga "Bard Of Blood" in September, and will then follow it up with the zombie drama "Betaal", which is backed by his production banner Red Chillies Entertainment.

In "Betaal", a 200-year-old British Indian Army officer and his battalion of zombie soldiers are pitted against the Indian police.

Patrick Graham, who previously directed "Ghoul", will write, direct and be the showrunner of "Betaal", with Nikhil Mahajan also directing, and Suhani Kanwar sharing writing duties. It will be executive-produced by Blumhouse, known to design some of the best horror content, and Ivanhoe Pictures.

There's also "Messy", which will navigate the life of an emerging stand-up comic who struggles to balance a career in comedy with a day job and a demanding family. American actor-director Ravi Patel stars in the series, which he has created and co-written with Neel Shah.

Patel is excited to work on a story of a strong female lead and voice.

"This is a story about a girl finding herself and her place in the world while living in a big city, and we are hoping to create a relatable and authentic story that has a universal resonance," Patel said.

"Masaba Masaba" is a scripted series based on moments from Masaba Gupta's life. The show follows her unique background, the diverse worlds she straddles across fashion and family, and her foray back into the dating world. Masaba and her mother, actress Neena Gupta, will feature in the show, which is directed by Sonam Nair.

Masaba calls the series "an amalgamation of my experiences, personally and professionally".

"India is home to some of the world's greatest stories. It's been thrilling to watch these amazing storytellers embrace artistic freedom at Netflix to create entertaining stories," Bela Bajaria, Vice President, International Originals, Netflix.

When it comes to its international line-up, Netflix as usual has a lot in the pipeline. "The Crown", "GLOW, "Queer Eye", "Orange Is The New Black", "13 Reasons Why" and "Mindhunter" are among the most anticipated shows lined up over the next few months.