"I don't think I compared myself with star kids. I was launched with one. There was no point where I felt I needed to compare myself," Kriti Sanon said. 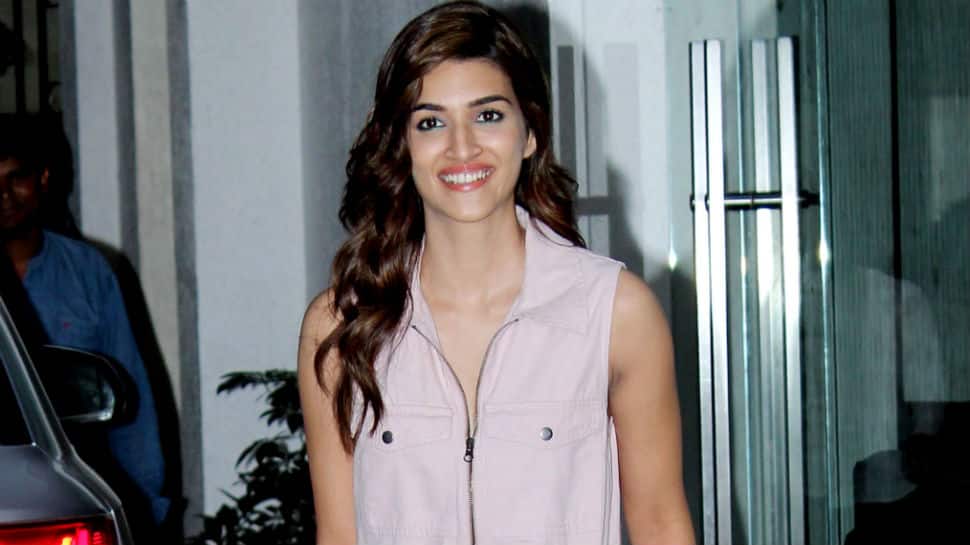 Mumbai: Actor Kriti Sanon says she never compared herself with star kids as she was treated "equally" in her debut 'Heropanti' opposite Tiger Shroff.

"I don't think I compared myself with star kids. I was launched with one. There was no point where I felt I needed to compare myself," Kriti told PTI.

The actor says both of them were not only treated like equals but also promoted like one.

"Both Tiger and I were equally new. We were learning like little babies. Fortunately, my producer and director always treated the film as the launch of two newcomers, not one. That never made me feel like there was a difference.

"The way we were treated, how we were promoted, it was so equal. I never felt the need for a comparison."

Starting out in 2014, the actor found success in two consecutive hits 'Bareilly Ki Barfi' and 'Luka Chuppi' and Kriti says the trick for her is to balance things out.

"You need to have a balance to do something for personal satisfaction and also to reach out to maximum number of people, to entertain. It's important to have this balance. I would never do something which I wouldn't want to go and watch in theatres. I am also an audience, so if I feel like this is something I would watch in theatre, I'll do the film. The length of the role or other things don't matter then," she said.

This year, the actor has three films up for release. 'Arjun Patiala', 'Housefull 4' and 'Panipat'. All the films, Kriti says, will show a different aspect of her personality.

'"Arjun Patiala' is a spoofy north Indian comedy. Spoof comedy hasn't been attempted so much here. It is going to be something different. While 'Housefull' is completely crazy. It's the first comedy in a reincarnation zone. 'Panipat' is my first proper period film and I'm really fortunate that I got to work with Ashutosh Gowariker. For the first time, I'm playing a Marathi character. I am happy that these three films are different from each other," Kriti said.

Super 30 trailer: Hrithik Roshan as Anand Kumar takes us to the journey of one man's struggle, dedication to change the education system