The film exposes state-sponsored terrorism and how it manipulates young minds. 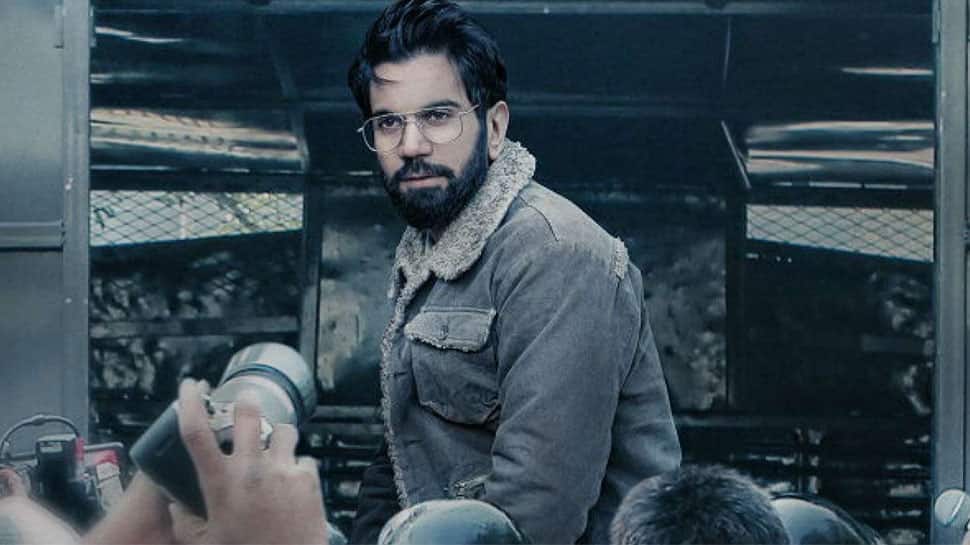 Hansal Mehta is an accomplished filmmaker, but his "Omerta" is not one that will shine as one among his best, simply because, it offers nothing exceptional.

Cinema is always considered to be an art form to be gawked at and admired. And Hansal leaves no stone unturned while mounting this evil-crime drama. Though astutely crafted and brilliantly mounted, the film lacks a soul.

Based on real-life events and modified for cinematic liberty, "Omerta" is the biography of Omar Saeed Sheikh, a British citizen of Pakistani descent, who had links to various Islamist militant organisations and was responsible for several terrorist activities in India and Pakistan.

The film exposes state-sponsored terrorism and how it manipulates young minds into believing a sordid interpretation of struggle or fight against the enemies of one's religion. This is not a film about the rightness or wrongness of Omar's cause or the political situation that inspired it. It simply documents his cold-blooded journey.

In the process, the film inadvertently glorifies terrorism. Sans any entertainment, there are blood churning moments that make you feel repulsed right from the kidnapping of a few foreign tourists in Delhi to the scenes that involve the annihilation of the Wall-Street journalist Daniel Pearl, in Pakistan.

Narrated in a non-linear manner, the film is taut and engaging during the first act. The second act loses it sheen due to the poor editing that causes the confusion between place and period. And, the third act with the inclusion of many news-media stock-footages, seems a tad tacky and a rushed job to wrap this non-conclusive narrative,

The characters are well-etched and mounted with utmost realism. On the performance front, the film is Rajkummar Rao's canvas and as usual, he is impressive as the thoughtful and quixotic Omar. He delivers a brilliant performance as the emotionally inclined but brutally barbarous, "intelligent and well-educateda member of the holy war.

Shot across actual locations, Anuj Rakesh Dhawan's cinematography is simple yet effective. It captures the fine nuances of Neil Chowdhury's production designs, the locales and the emotions of the cast, to perfection.

Ishaan Chhabra's music along with Mandar Kulkarni's sound design seamlessly mesh in the narrative. The visuals and sound are astutely layered by Aditya Warrior's razor-sharp editing.

The title, "Omerta" which in Italian means a code of silence about criminal activity and a refusal to give evidence to the police, refers to the attitude of ordinary people who look the other way and don't bring the criminals to book. It denotes the motivating factor of Omar's strife.

Overall, at the end as you leave the theatre, you are bound to question the motive of this film and its worthiness.