The lead actors of 'Gully Boy' launched the music of their upcoming movie with much style. 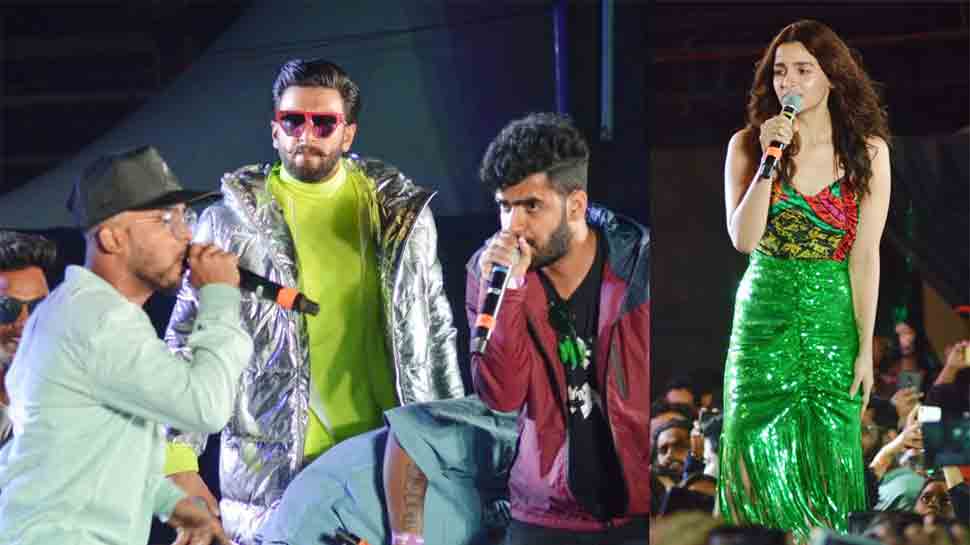 New Delhi: Talented Bollywood actors Ranveer Singh and Alia Bhatt are teaming up for the first time in 'Gully Boy' and their fresh pairing has left the audience extremely eager to watch them on the big screen when the film arrives in theatres.

The first song of Gully Boy 'Apna Time Ayega' released only recently and Ranveer was showered with immense praises and accolades from all over for his rapping skill. The latest song of the film 'Mere Gully Mein' was unveiled yesterday, and like the previous one, and this too left everyone impressed.

This is perhaps for the first time that the songs of a Hindi film are pure rap.

On Thursday, the team of 'Gully Boy' launched the music album of the film, which contains 18 pieces, at a live concert held in Byculla, Mumbai. Both Ranveer and Alia, who came dressed in green for the event, performed live with rappers Divine and Naezy.

Ranveer, dressed in a silver jacket and neon co-ords, performed on the songs at the launch event. The actor was joined by his co-star Alia and other rappers and singers who have contributed to the film's music.

Take a look at the pictures from the event: 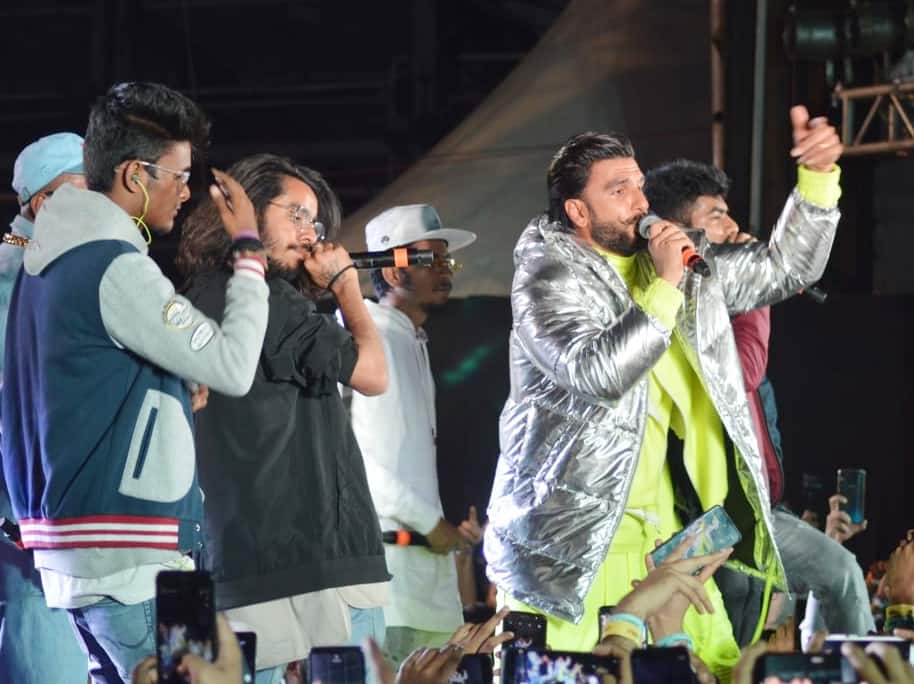 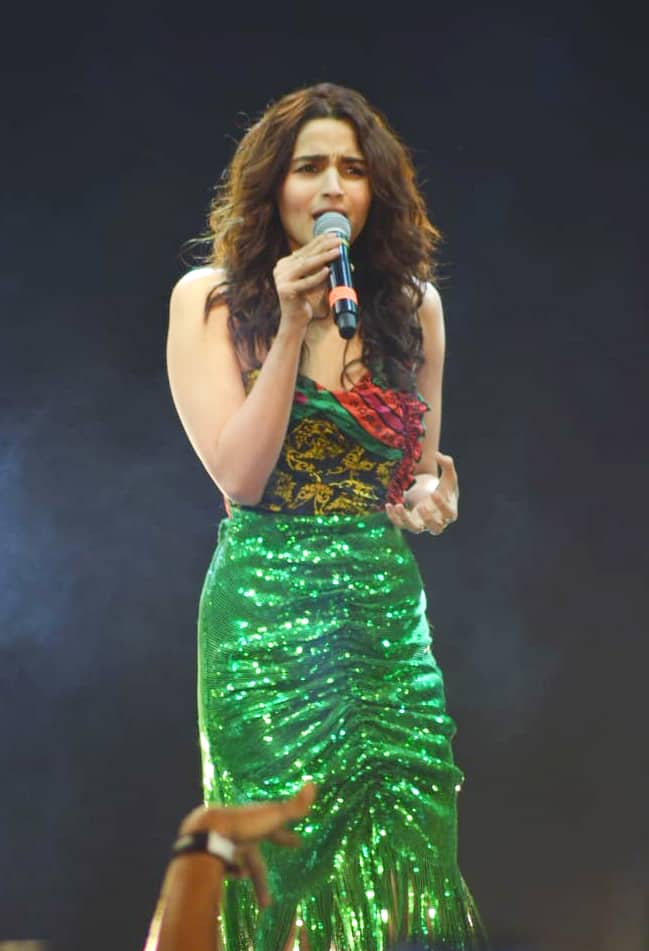 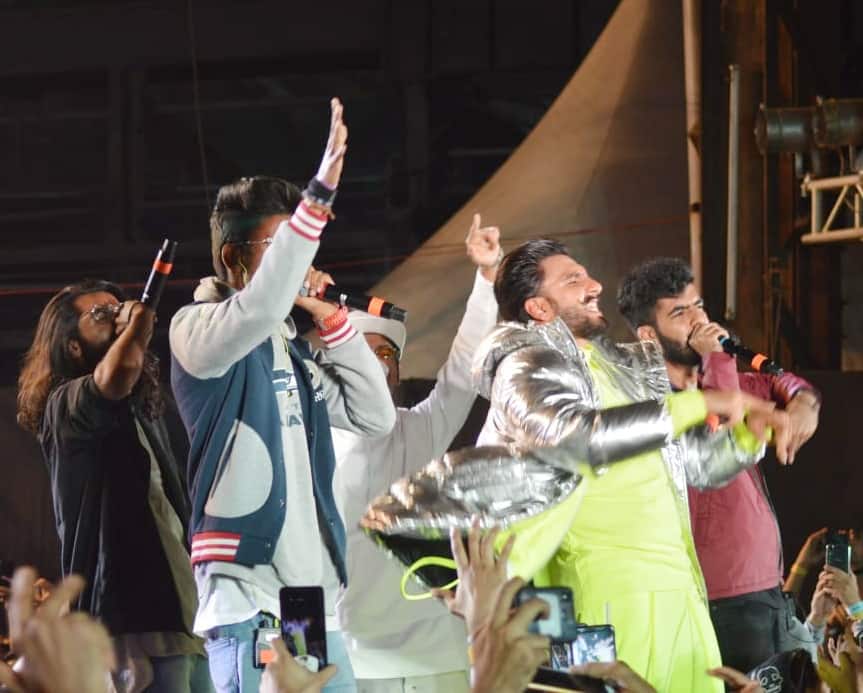 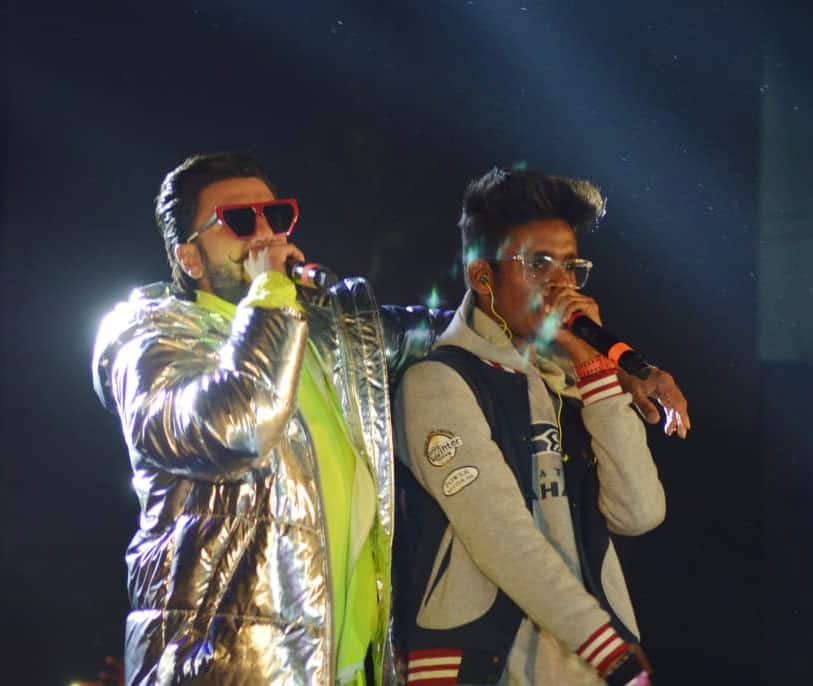