With the poster, he gave a glimpse of how the character of Rajjo has evolved since the first part of the movie. 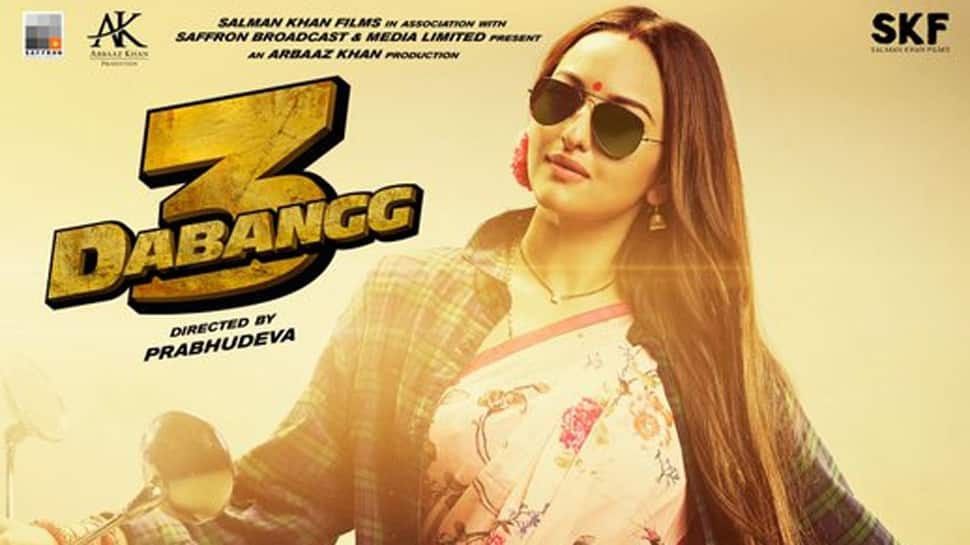 Mumbai: Superstar Salman Khan has teased his fans about twists in "Dabangg 3", by introducing actress Sonakshi Sinha as his "super sexy Rajjo".

With just two days left for the trailer launch, Salman kept the buzz around the movie going, by sharing the look and introductory video of Rajjo on his social media handles.

With the poster, he gave a glimpse of how the character of Rajjo has evolved since the first part of the movie.

Sonakshi has been a part of the "Dabangg" franchise since its first release in 2010 as Chulbul Pandey's (Salman) love interest and then his wife.

In the poster, Sonakshi is seen in a pink printed sari with a shirt on top, along with Chulbul's signature sunglasses. She has left her hair loose and has a flower pinned to her hair.

"Dabangg 3" directed by Prabhu Deva, also introduces Mahesh Manjrekar's daughter Saiee Manjrekar, and features Kannada superstar Kichcha Sudeep and Pankaj Tripathi among others. It is scheduled for a December 2019 release.