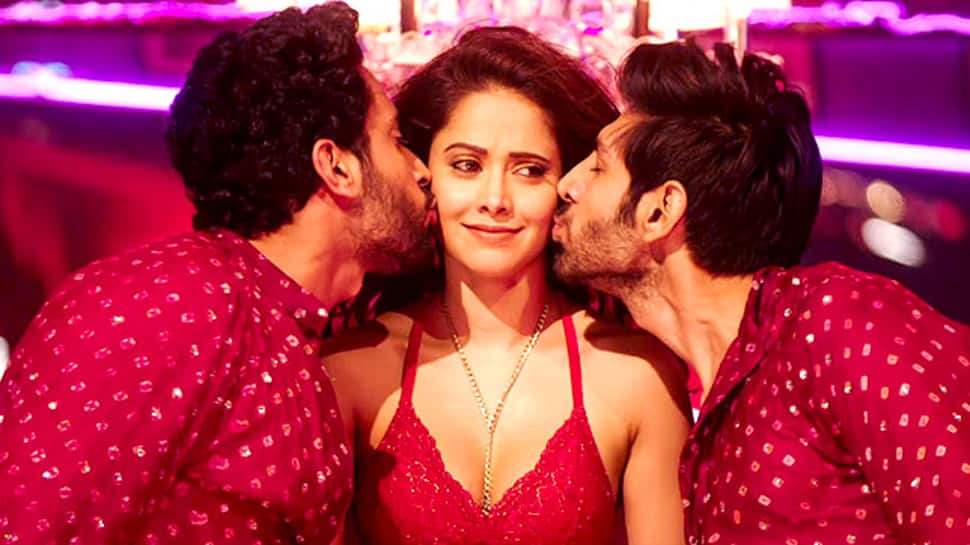 Luv Ranjan is a name we quickly associate with rom-com genre. His last two outings 'Pyaar Ka Punchnama' and 'Pyaar Ka Punchama 2' became runaway hits at the Box Office. Reason? Well, it just touched the right chord with the 'men' and yes there was enough opposite sex bashing too.

It worked because the concept was different. The filmmaker is back this time around with 'Sonu Ke Titu Ki Sweety', as much as we find this tongue twister name funny, the film too has several LOL moments tickling your funny bones.

Starring his favourites in the lead, 'the monologue' guy Kartik Aaryan as Sonu, Sunny Singh as Titu and Nushrat Bharucha plays Sweety Sharma. Sadly, Kartik has no long monologue about how girls never understand and are relationship breakers.

Coming back to 'Sonu Ke Titu Ki Sweety', Sonu and Titu are thick friends since childhood and none can come in their way, but rules are different when it's about a girl, right? So, Titu, is a friend we all have in our lives. Cute, simple, down-to-earth, who easily falls for anything and Sonu is definitely the buddy we all should have.

He is street-smart, cunning at times and always on guard to protect his 'jigri yaar' from scheming girls (ya, he feels all almost all are). So, there are ample moments which will make the youth connect with it immediately.

Nushrat as Sweety is not the heroine but the villain we have not seen much in Hindi films. Her performance is noteworthy and makes for an interesting watch. A nice detour from what we have seen her do in the past. Costumes are vibrant, chic and make-up too bang on.

We are used to seeing Nushrat and Kartik as the romantic pair on-screen but it's a good change to watch them as competitors. Veteran actor Alok Nath is the soul of comic relief in this venture. His role as the famous 'Ghasitaram' Halwai is far away from his typical 'sanskari' image and you will love him this way more. His camaraderie with another seasoned actor Virendra Saxena is worth mentioning.

The crazy Punjabi household has been shown just the way it should be. One of the highlights of this Luv Ranjan outing remains its peppy, foot-tapping music.

Yo Yo Honey Singh's comeback song, 'Dil Chori Sada Ho Gaya' which actually is a rehashed version of Hans Raj Hans' popular track is a typical dance track. Hitesh Sonik's background music is refreshing and in sync with the plot.

The cat and mice war between Sonu and Sweety keeps the momentum going only had the climax been less dramatic and something unexpected to offer, the 2 hr 20 mins watch would have been more captivating. The supporting cast has done an equally great job.