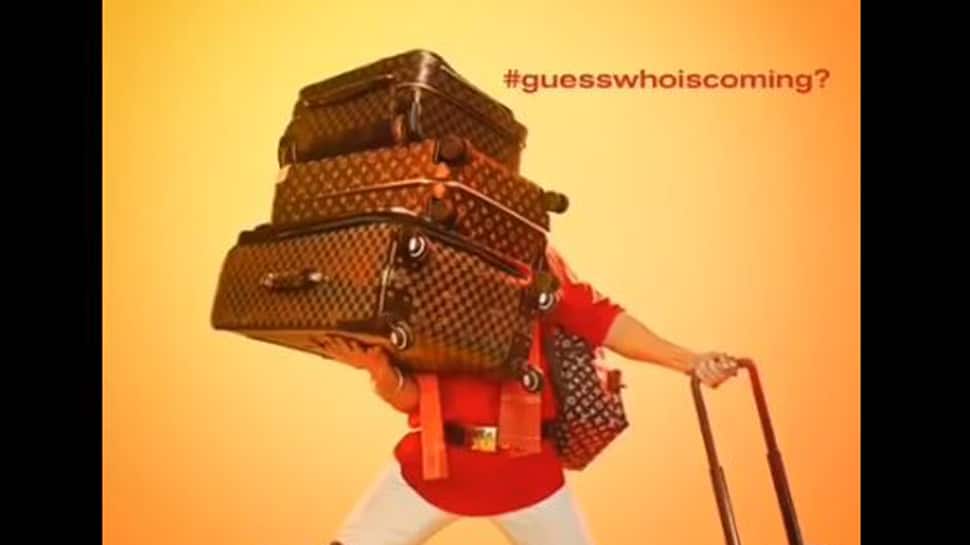 The motion poster doesn't reveal much about the film but asks fans to guess who is coming.  You can also hear the intro music of the popular 90's song 'Main toh Raste se ja raha tha' playing in the background.

The film starring Varun and Sara went on floors in Bangkok, Thailand. Pictures of director David Dhawan's wife Karuna holding the clapboard from Day 1 of the shoot were shared by trade analyst Taran Adarsh on Twitter with the caption, "Varun Dhawan and Sara Ali Khan... #CoolieNo1 begins in #Bangkok today... Directed by David Dhawan... Produced by Vashu Bhagnani, Jackky Bhagnani and Deepshikha Deshmukh... 1 May 2020 release."

'Coolie No. 1' is the remake of the 1995 blockbuster by the same name. The orginal starred Govinda and Karisma Kapoor in the lead roles and it was also directed by David Dhawan, who is helming the remake. The film gave us many iconic songs that are expected to be recreated in the remake.

'Saaho' trailer: Prabhas and Shraddha Kapoor's action-packed film will give you adrenaline rush