Saif Ali Khan's daughter Sara Ali Khan might be seen in the flick. 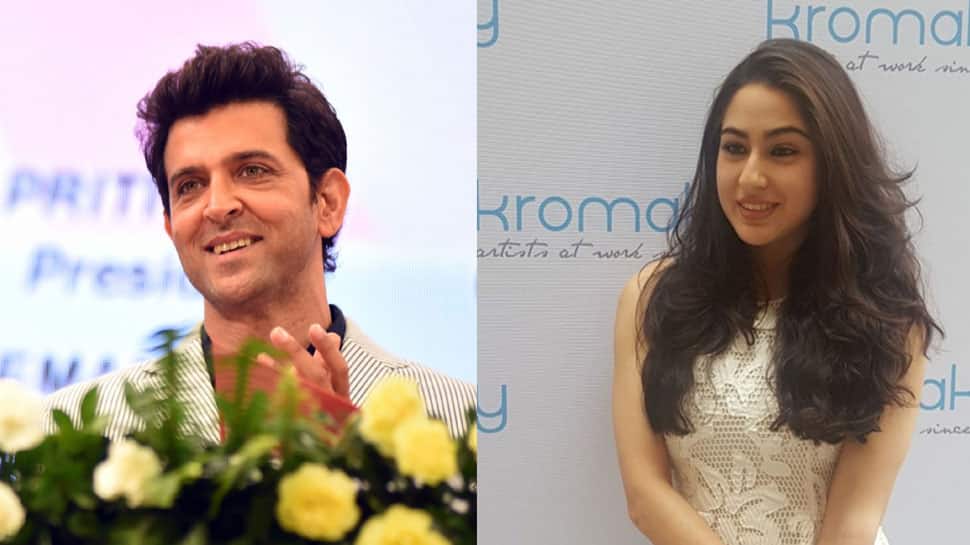 New Delhi: Bollywood's Greek God, Hrithik Roshan started his 'Super 30' journey on the auspicious day of Saraswati Puja (Basant Panchami). The actor will be seen playing a teacher on the big screens for the very first time.

On the auspicious day of Saraswati Puja and Basant Panchami, I am beginning my journey of Super 30 where I am playing a teacher for the first time. May the Goddess of learning bless this effort.

Now, the makers are yet to announce any name finalised to play the female lead in the venture. Several names have been doing the rounds but nothing has been officially put forward as yet. From Katrina Kaif to popular television show 'Kumkum Bhagya' actress Mrunal Thakur—all have been rumoured to be a part of the venture.

The latest buzz, however, right now is that Saif Ali Khan's daughter Sara Ali Khan might be seen in the flick. According to Timesofindia.com, several reports state that Hrithik is keen on having Sara on board the project.

Nothing has been finalised as yet but reportedly the superstar has suggested Sara's name to the film's director Vikas Bahl. Another round of rumour which has hit the market right now is that Sara has bagged her project even before her debut film 'Kedarnath' releases. And that happens to be a period drama with maverick filmmaker Ashutosh Gowariker.

Sara will be making her big screen debut with Abhishek Kapoor's 'Kedarnath' opposite Sushant Singh Rajput.

Nothing has been confirmed by the makers or the actor as yet.

Hrithik's 'Super 30' will release on January 25, 2019. The film is based on the life of a Mathematician Anand Kumar, who hails from Bihar. The venture is backed by Reliance Entertainment and Phantom Films.