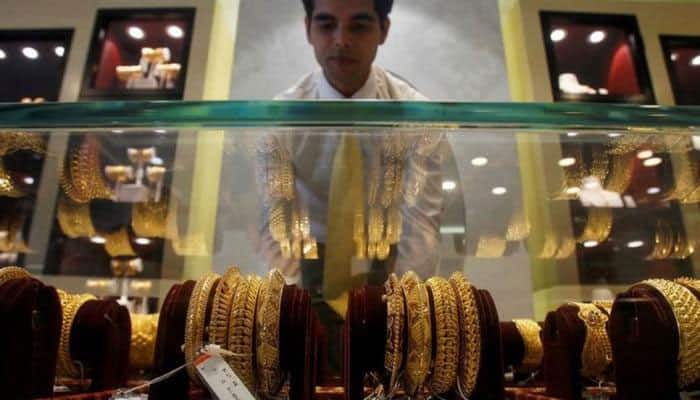 Gold prices touched a more than six-year high on Wednesday, as the trade war between China and the United States showed no signs of abating, boosting the appeal of safe-haven assets.

"Trade wars are the catalyst for the latest gains. Increasingly fiery rhetoric out of Washington and Beijing is fuelling worries that the conflict will amount to a longer-term headwind for global growth," Ilya Spivak, senior currency strategist with DailyFx said.

China`s exports likely declined for a second successive month in July, according to a Reuters poll, signalling a hit from tariffs in the escalating trade war.

Imports too are expected to post a decline in July, indicating that Beijing`s stimulus measures have failed to curtail falling economic growth.

Goldman Sachs said it no longer expects a trade deal to be struck before the 2020 U.S. presidential election, while Morgan Stanley warned that more tit-for-tat tariffs could tip the world economy into recession by the middle of next year.

A Federal Reserve official said on Tuesday it was appropriate to "wait and see" how the upcoming data was, before deciding whether rates should be cut again at the central bank`s next meeting in September.

Yields on 10-year U.S. Treasuries were down close to their lowest in almost three years.

On the technical side, gold may test a resistance at $1,497 per ounce, a break above which could lead to a gain to $1,524, according to Reuters technical analyst Wang Tao.