In one of the biggest events for Apple Inc, Tim Cook on Wednesday unveiled the new Apple iPhone 6S and iPhone 6S Plus with '3D Touch'. 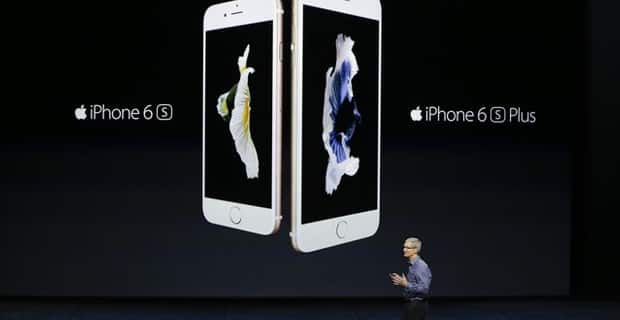 In one of the biggest events for Apple Inc, Tim Cook on Wednesday unveiled the new Apple iPhone 6S and iPhone 6S Plus with '3D Touch'.

While the iPhones were, no doubt, the main attraction of the event, the other products too caught the attention of the fans and critics as well.

Here are brief details on all you need to know about the new Apple products.

- Stand alone apps now work, instead of just extensions of apps from iPhone

- Apple Pencil, which is a stylus, and Smart Keyboard docker sold separately for US $99 and US $169

- The tablet can detect orientation and tilt of the Apple Pencil, letting you draw light and hard strokes and even shade.

iPhone 6s and iPhone 6s plus:

- iSight camera upgraded to 12MP, A9 chip to replace old A8

- Can record 4K video, Live Photos (which animate your photos like GIFs in the gallery)

- 3D Touch for display, does different things based on how hard you're pressing

- Preorders start Sept 12, available for sale from Sept 25 in 12 countries, will then expand.

- Deeper Siri integration, with a microphone on remote

- Universal search, to search all your apps at once for a particular movie